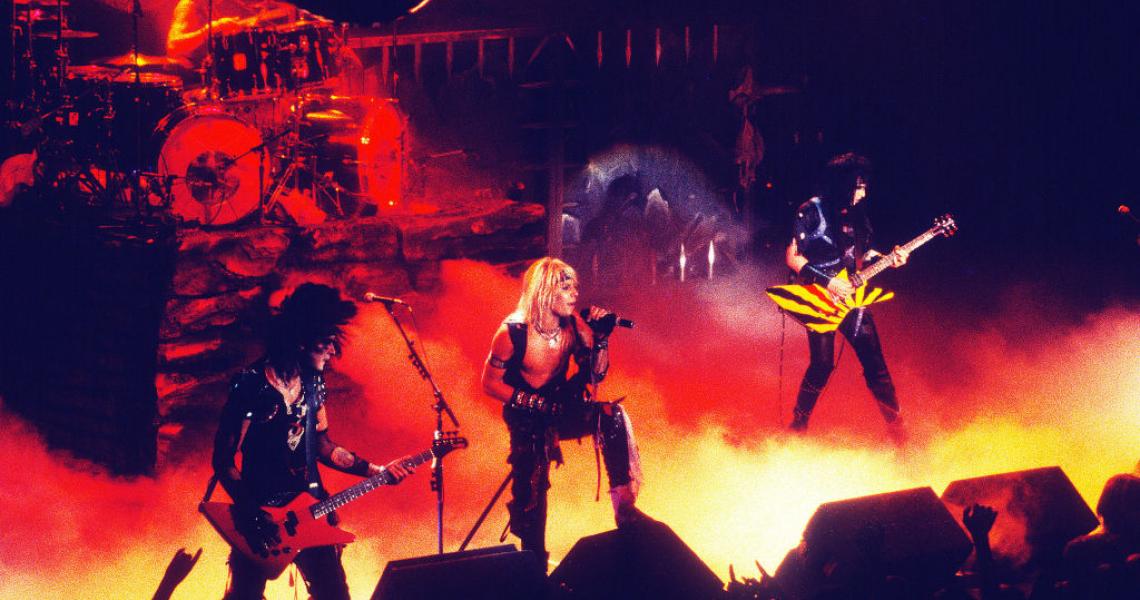 Mötley Crüe’s “Home Sweet Home” is one of the great hair-metal power ballads – an epic slow song that expanded the band’s aural palette upon its release in 1985, and has proven over time to be one of their most popular and satisfying tracks. Written by drummer Tommy Lee (who provided the instantly recognizable piano intro) and bassist Nikki Sixx (who contributed the melody and world-weary lyrics), “Home Sweet Home” was unlike any other song in the Crüe catalog at the time. In fact, it was so different from the band’s previous record (1983’s Shout at the Devil), it almost didn’t get released.

“When our next record got turned in, with 'Home Sweet Home' on it, [Elektra Records] rejected that album,” Sixx (born Dec. 11, 1958) remembered on his radio program Sixx Sense. “They said, 'This is horrible, and you have to take that song off the record. You guys aren't a ballad band.'”

The band held firm, and the song was indeed released on 1985’s Theatre of Pain. When it came time to select a second single from the album, the band wanted “Home Sweet Home,” and the record company did not, refusing to promote the song or fund a video.

“So we funded it,” Sixx said. “We shot the video ourselves, went on MTV and the rest is history.”

That history included a record-setting run at the top of Dial MTV, the music network’s daily countdown show, in which viewers called a 1-800 telephone number to vote for their favorite video. The Crüe and their "horrible" ballad owned that show for months.

“It was 14 weeks in a row No. 1,” guitarist Mick Mars recalled to Rolling Stone.

In the book I Want My MTV: The Uncensored History of the Music Video Revolution, by Rob Tannenbaum and Craig Marks, MTV’s founding programming executive Steve Casey remembered how popular the video was, and what drastic measures were required to deal with that. “Mötley Crüe’s ‘Home Sweet Home’ went to No. 1, and we couldn’t get rid of it,” Casey said. “We had to change the rules, or it would have never come off. It would probably still be No. 1 today.”

Indeed, in order to give other videos the opportunity to rise to the top of the countdown, Dial MTV installed what came to be known as the “Crüe Rule,” removing videos from eligibility on the show after 30 days.