May/June 1984: "Footloose" Soundtrack is the #1 Album in America 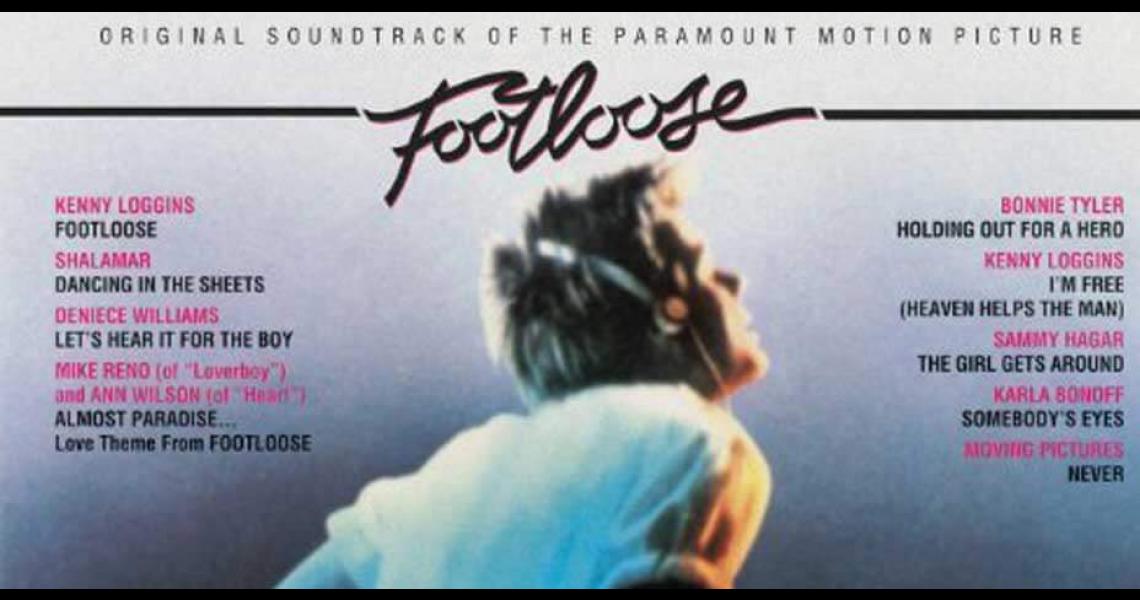 Fun fact: There were only five #1 albums for all of the year 1984: Michael Jackson's Thriller, Huey Lewis & the News' Sports, Prince's Purple Rain, Bruce Springsteen's Born in the USA, and the soundtrack to the movie Footloose. It's the fewest number of chart-topping full-length releases for a calendar year in Billboard history.

Released on January 31, 1984, Footloose would grab the #1 album spot on April 21 of that year. It held onto the position for more than two months. The collection would finally topple to Huey Lewis' Sports, which had the shortest reign of the year with just a single week. That's when Born in the USA took over.

Seven of the Footloose soundtrack's nine tracks were released as singles. Six of them reached the top 40. Three made it to the top 10, with two of the songs going to #1.

1. "Footloose" (Kenny Loggins)
The album's title track was the first single, flying up the charts to #1 for three weeks straight in March and April 1984. Billboard ranked it as the fourth-biggest song of the year.

2. "Let's Hear It for the Boy" (Denise Williams)
The third single from the soundtrack, and the album's second chart-topping #1 hit. The song had a two-week reign in May and June.

4. "Almost Paradise" (Ann Wilson of Heart and Mike Reno of Loverboy)
This heartfelt ballad--the official "love theme" of the movie--matched the singers of Heart and Loverboy, and was a big hit in the process. The tune peaked at #7 on the Hot 100 over a 13-week chart run.

5. "Dancing in the Sheets" (Shalamar)
This percolating dance track made a strong chart run, crashing the top 20 to peak at #17 on the Hot 100.