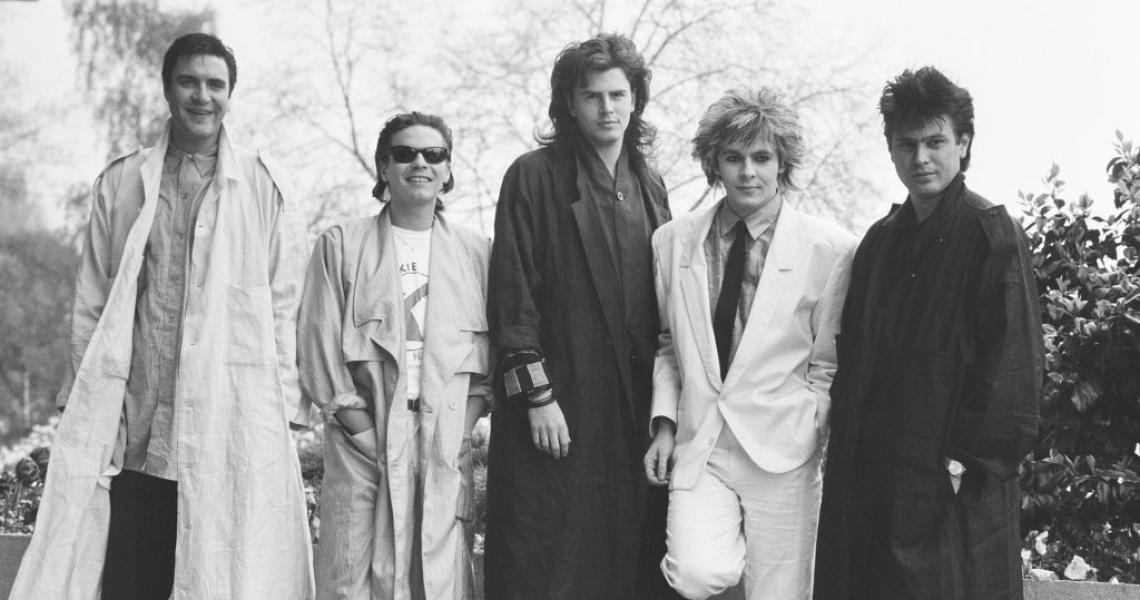 It was the Fab Five's last stand. After breaking out of Birmingham, England, with the band's 1981 debut album, Duran Duran as we knew them was about to be no more.

RELATED: May 1982: Duran Duran Releases "Hungry Like the Wolf"

With the band's stratospheric global success eventually catching up to Duran Duran, they took a planned break to do other projects: notably, Arcadia and The Power Station. When the group reconvened in the spring of 1985, all five original members--John Taylor, Simon Le Bon, Andy Taylor, Roger Taylor and Nick Rhodes--were preset and accounted for. The occasion: recording "A View to a Kill," the theme song for the James Bond movie of the same name. The next time Duran Duran released a record--"Notorious" in October 1986--Andy Taylor and Roger Taylor would no longer be in the fold.

Let's fire up the hot tub time machine and take a soak back to 1985 for this five fun facts about the Fab Five's last stand, "A View to a Kill."

1. John Taylor landed the gig by insulting a longtime Bond movie producer
Taylor, a notorious Bond fanatic, spied movie producer Albert R. 'Cubby' Broccoli at a party. Drunk, Taylor stumbled up to him to ask: "When are you going to get someone decent to do one of your theme songs?" The insult led to an introduction to legendary Bond composer, John Barry. The deal was finalized when Barry and company got together with Duran Duran at Taylor's house and they all got drunk.

2. Bond composer John Barry was like a sixth member of Duran Duran for "A View to a Kill"
"He didn't really come up with any of the basic musical ideas," Simon Le Bon said in a 1999 interview. "He heard what we came up with and he put them into an order. And that's why it happened so quickly because he was able to separate the good ideas from the bad ones, and he arranged them. He has a great way of working brilliant chord arrangements. He was working with us as virtually a sixth member of the group, but not really getting on our backs at all." The song's B-side was an orchestral instrumental mix that's pure Barry.

4. The song was nominated for a Golden Globe award
The Hollywood Foreign Press thought enough of the song for it to be nominated for Best Original at the 1985 ceremony. Taking the prize: Lionel Richie, for "Say You, Say Me," from the movie White Nights.

5. The music video is bonkers
Thanks to the magic of editing, the members of Duran Duran are right in the middle of the Eiffel Tower action in this wild promo clip. Nick Rhodes is appropriately cast as a fashion photographer serving way more looks than his model, and Andy Taylor is seen roaming around as a blind accordion player. At one point, John Taylor gets into on the action, firing off a few shots as panicked tourists scatter. And what about those flying video cameras? Watch it below.