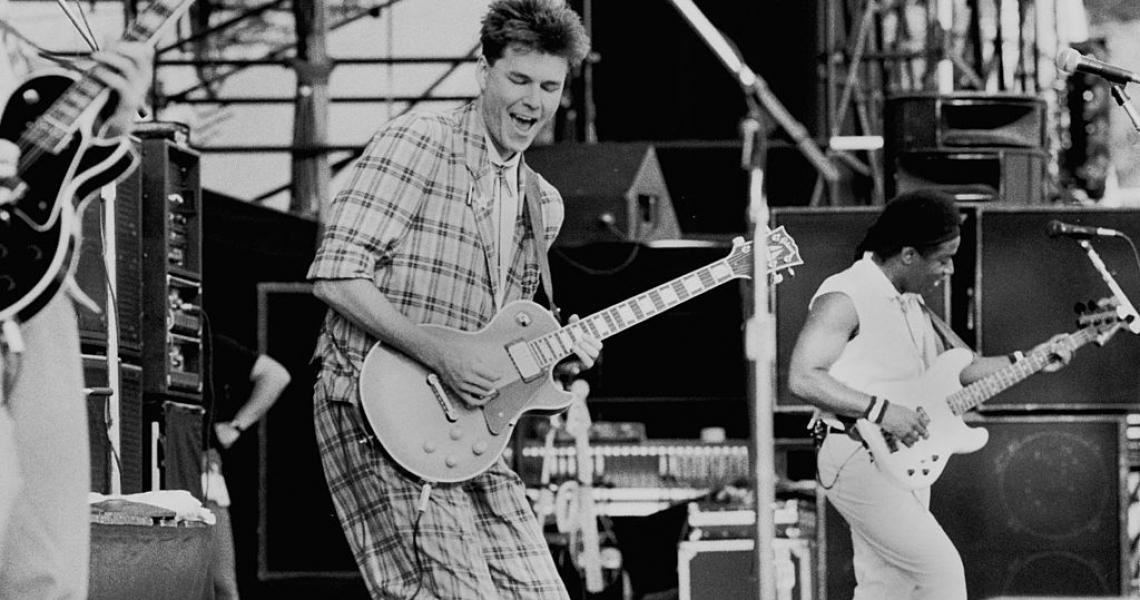 It was on May 19, 1983, when Big Country released the third single from the band's debut album, The Crossing: "In a Big Country." The group's signature song can still invoke feelings of hope and potential, so it's an ideal soundtrack for these trying times. Here's a look back at "In a Big Country."

1. The song was inspired by producer Steve Lillywhite
After the band scored a UK top 10 hit with the Lilywhite-produced "Fields of Fire," bandleader Stuart Adamson got the spark to write "In a Big Country": "The music I felt wasn't like the music I had grown up hearing, or rather, not like any one of them," he explained in the liner notes for a re-release of The Crossing. "It was all of them jumbled up and drawn into something I could understand as mine. I found I could play this music and connect the guitar directly to my heart. I found others who could make the same connection, who could see the music as well as play it." When Lilywhite heard the demo of the track, he was moved to tears.

2. MTV broke the band in America with the "In a Big Country" music video
While the tune never really caught on with US radio, MTV threw the clip into heavy rotation. The airplay helped drive the track up the charts, ultimately peaking at #17. Interestingly enough, "In a Big Country" peaked at #17 in the UK, too.

3. The song was nominated for a Grammy
"In a Big Country" was up for Best Rock Performance by a Duo or Group with Vocal, but the award went to the Police for "Synchronicity." Big Country was also up for Best New Artist, with Culture Club taking the prize.

4. Even Beavis and Butthead were fans of the music video

5. Stuart Adamson wrote it as a beacon of hope
"The lyrical idea was about having hope, a sense of self in times of trouble," the singer told Melody Maker in 1990. Tragically, Adamson took his own life in a Hawaiian hotel room in 2001.