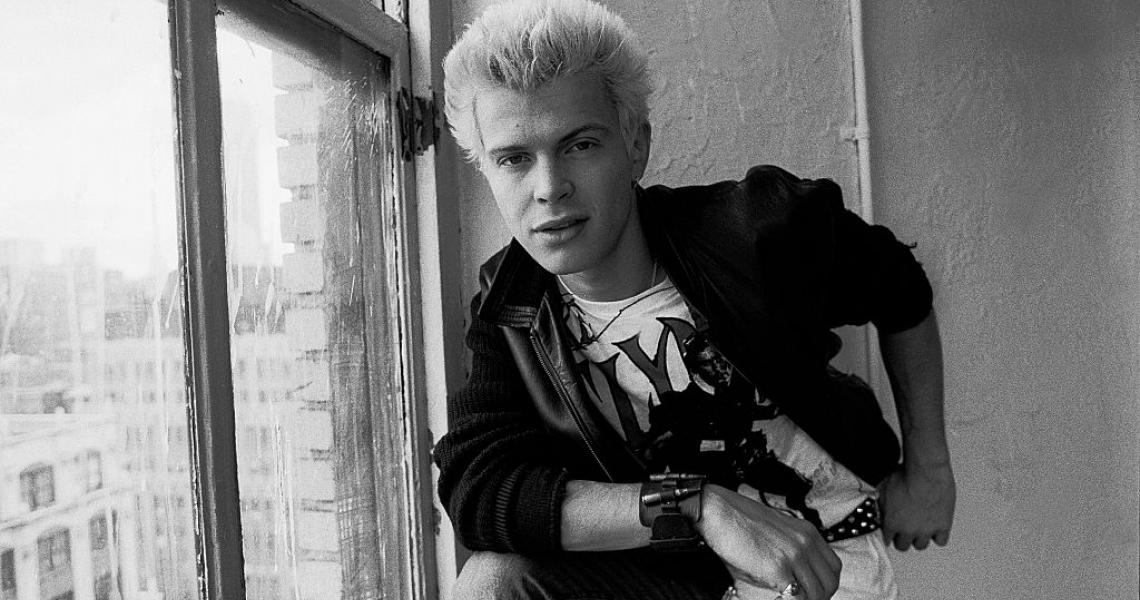 In 1981, Billy Idol, no longer in the seminal British punk band Generation X, moved from London to New York City. There, he connected with legendary KISS manager Bill Aucoin to help guide his solo career.

When Idol's first single, the cover of Tommy James' "Mony Mony" stalled on the charts, the rocker went with a song of his own for single number two: "Hot in the City." Released as a single on May 27, 1982, the song was the breakthrough Idol was looking for, peaking at #23 on the Hot 100 for the week of September 11, 1982. The #1 song in America that week: "Hard to Say I'm Sorry" by Chicago.

"Hot in the City" was the first Billy Idol song to come with an official music video, directed by Kort Falkenberg III. Leaning heavily on computer graphics, the video just screams early '80s.

The song got a second and now official music video in 1987. Accompanying a synth-heavy remix of the track, the clip was infamous for being banned on MTV. The offending scene features Idol's then-partner, Perri Lister, strapped to a cross.

While the original version of the song came with a shout-out to New York City, Idol crafted a series of special radio mixes that swapped out New York for various cities across the country. Among the cities that got their own personalized versions of "Hot in the City": Amarillo, Boston, Minneapolis, New Haven, Chattanooga and Sioux Falls.