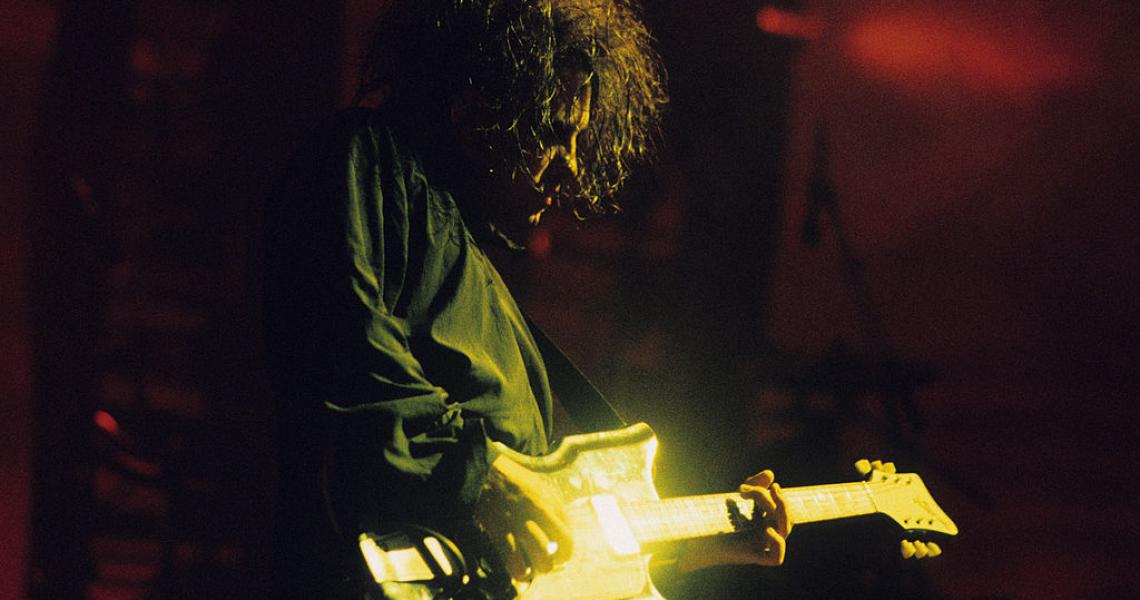 On August 13, 1988, Robert Smith – yes, The Cure’s lead singer and songwriter – married his longtime sweetheart, Mary Poole, making legal the relationship that began when Smith was all of 14 years old.

Smith and Poole first crossed paths whilst he was attending St. Wilfrid’s Comprehensive School in Crawley, England, their relationship technically beginning when he found the stamina to ask her to be his partner in a drama class project. Per Jeff Apter’s Never Enough: The Story of The Cure, they shared their first dance to David Bowie’s “Life on Mars,” confirming definitively that there was an inextricable link between the twosome and music, though it’s arguable that the biggest part that music played in their relationship was with Mary’s uncertainty about whether Robert had much of a future as a full-time musician.

Why was this uncertainty so crucial? Because in an interview Smith did with a magazine called Lime Lizard, it was her lack of confidence that provided him with the drive he needed to turn The Cure into a success. Oh, sure, people still needed to buy their records, but Smith’s desire to prove himself to Mary clearly went a long way toward inspiring his creativity.

Remember “Just Like Heaven”? Yeah, that was about Mary. In fact, she’s actually in the video. As Smith said in a 2003 interview with Blender, “Mary dances with me in the video because she was the girl, so it had to be her."

And “Lovesong”? That wasn’t just about Mary, it was the song that Smith wrote as a wedding present for Mary. “It’s an open show of emotion,” said Smith. “It’s not trying to be clever. It’s taken me 10 years to reach the point where I felt comfortable singing a very straightforward love song. In the past I’ve always felt a last-minute need to disguise the sentiment.”