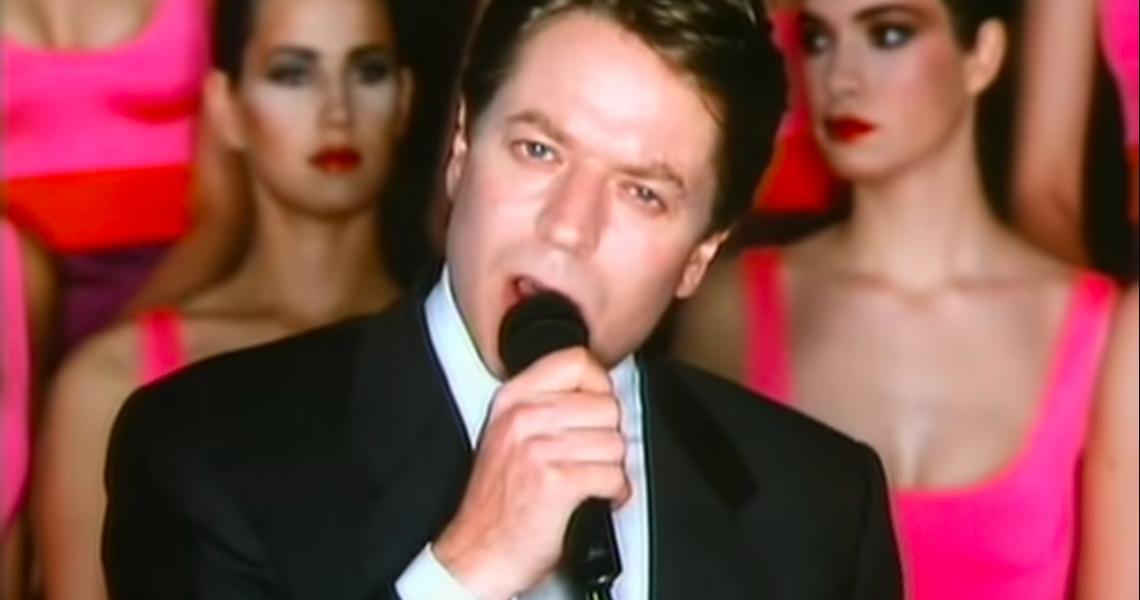 In the mid-'80s, after nearly a decade on the scene, British singer Robert Palmer found himself the recipient of unexpected pop success. Already known for pleasant rock and soul singles like "Every Kinda People" and "Bad Case of Loving You (Doctor, Doctor)," things changed for Palmer in a big way in 1985 when he fronted The Power Station, a supergroup featuring Duran Duran's John and Andy Taylor and CHIC drummer Tony Thompson; within the year, Andy, Tony and album producer Bernard Edwards (CHIC's bassist) would assemble his next solo album Riptide, which featured the U.S. chart-topper and MTV blockbuster "Addicted to Love."

Palmer came back in a big way in 1988, signed to a new record deal (leaving longtime home base Island Records for EMI) and recording follow-up album Heavy Nova in studios in Italy and The Bahamas. Drawing from the same buzzy rock styles of Riptide (with a pinch of bossa nova, as the album title indicates), Heavy Nova rode into stores on June 22, preceded by lead single "Simply Irresistible."

The track wouldn't be out of place on Riptide, and its video was markedly similar to the "Addicted to Love" clip. Both were directed by fashion photographer Terrence Donovan and featured a cadre of androgynous models. This time, though, "Irresistible" had more of them, and they were just dancing instead of (poorly) pretending to back Palmer up. (“These women were put in after I finished filming, and I’ve had to live them down ever since,” Palmer said in 1994 - though he doesn't seem to be complaining during the shoot.)

Americans found "Simply Irresistible" true to its name - it reached No. 2 on the Billboard Hot 100. And, in one of the last skirmishes in what Billy Joel called the "rock 'n' roller cola wars," the video was adapted into a commercial for Pepsi, with Palmer slightly re-recording his vocals to pay tribute to the soft drink instead of a gorgeous lady.