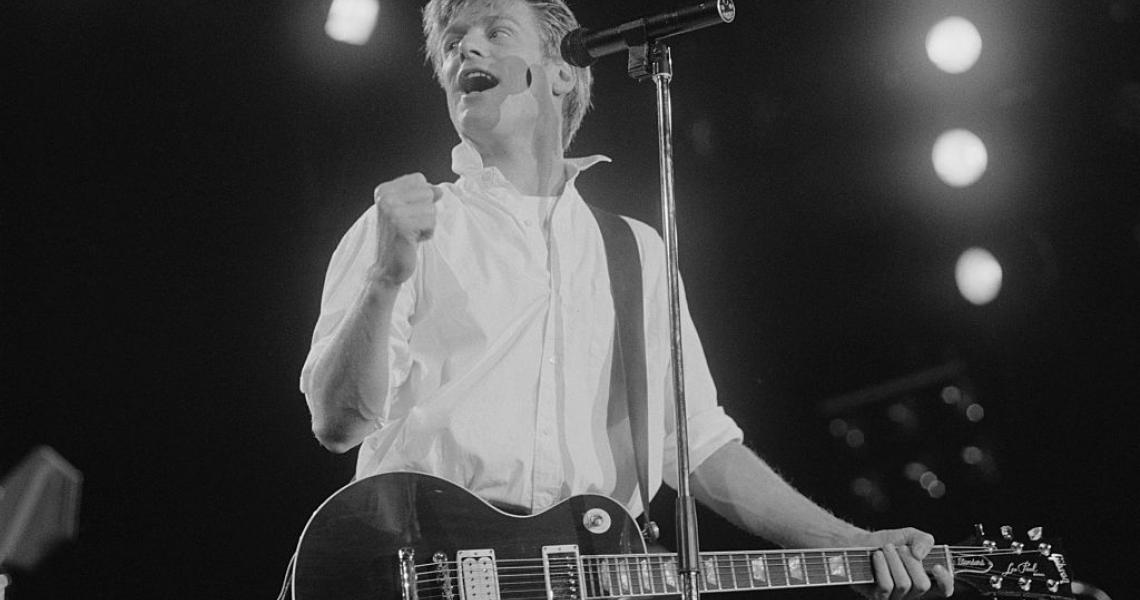 There was a time between 1984 and 1985 when Bryan Adams ruled the airwaves of the music world. Released in the summer of '84, Adams' chart-topping, fourth studio album, Reckless, launched the Canadian singer-songwriter into the stratosphere with its quintuple-platinum status and four hit singles.

The song that would cement the 25-year-old's place in the spotlight amongst other '80s luminaries - including Prince, Michael Jackson, Madonna and Bruce Springsteen - was the album's highest-charting single and heartfelt power ballad "Heaven," which ascended to No. 1 on the Billboard Hot 100 in June '85 for a two-week reign.

Adams would team up with composer Jim Vallance to co-write the song for "a dreadful film called A Night In Heaven, which was released in 1983," Vallance described in 2003. The film's saving grace would turn out to the soundtracked "Heaven," which would become Adams' first No. 1 hit in the states when the song was re-released as the third single from Reckless in 1985.

Two music videos would come to accompany the success of "Heaven." The first version premiered in November 1984 under the creative direction one of the singers' frequent collaborators, Steve Barron. This video depicted Adams on stage, amongst piled TV sets that show parts of his bandmates. As the camera panned to the audience, the video showcased a crowd of not people, but more TVs, leaving Adams as the only person in question.

The second video, unveiled in March 1985 featured less TVs and more love in the air, with an opening scene of a guy getting pulled over for drunk driving as he drives by a Bryan Adams concert. His accompanying lady is none too pleased, and ditches him for the concert, where she locks eyes with Adams. This latter version would get nominated for an MTV Video Music Award for Best Cinematography.