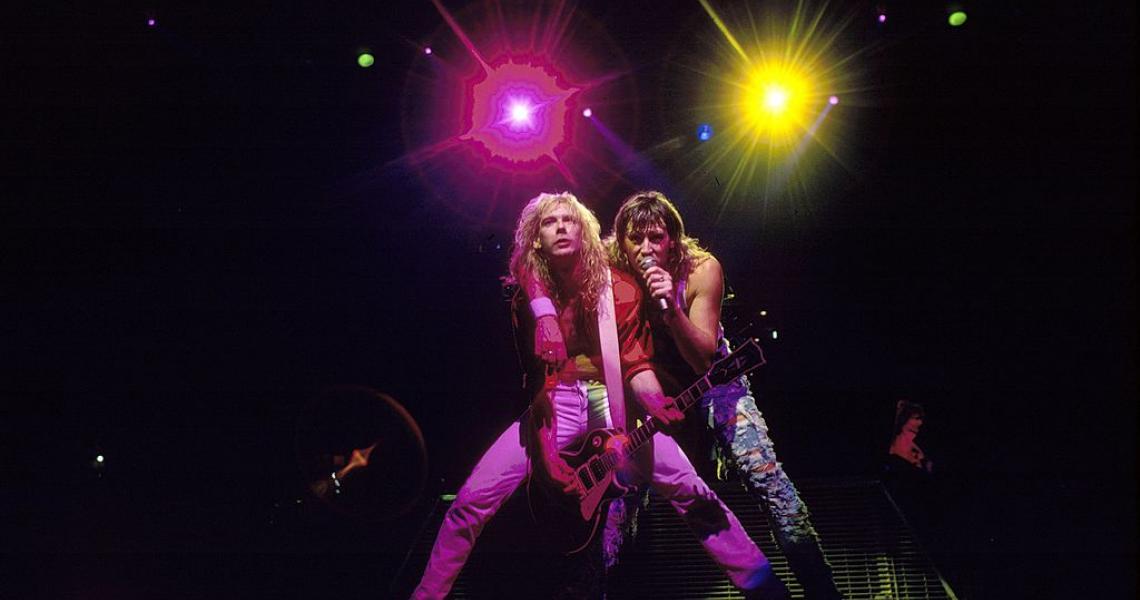 British band Def Leppard had broken through in America big time with the release of 1983 album, Pyromania. But that success would pale in comparison to the response to the follow-up, Hysteria. Released in August 1987, the album pumped out seven hit singles as it marched up the charts.

It was the week of July 23, 1988, when Hysteria finally grabbed the #1 spot on the Billboard album chart, holding the spot for two weeks straight. Guns 'N Roses' Appetite for Destruction snatched the #1 spot for the week of August 6, 1988, but Hysteria snatched it right back on the following week's chart.

Steve Winwood's Roll with It became the #1 album on August 19, replaced by Tracy Chapman's self-titled debut on August 26. When September 2 rolled around, however, Def Leppard and Hysteria were back in the #1 position. It held the top spot for two more weeks straight after that.