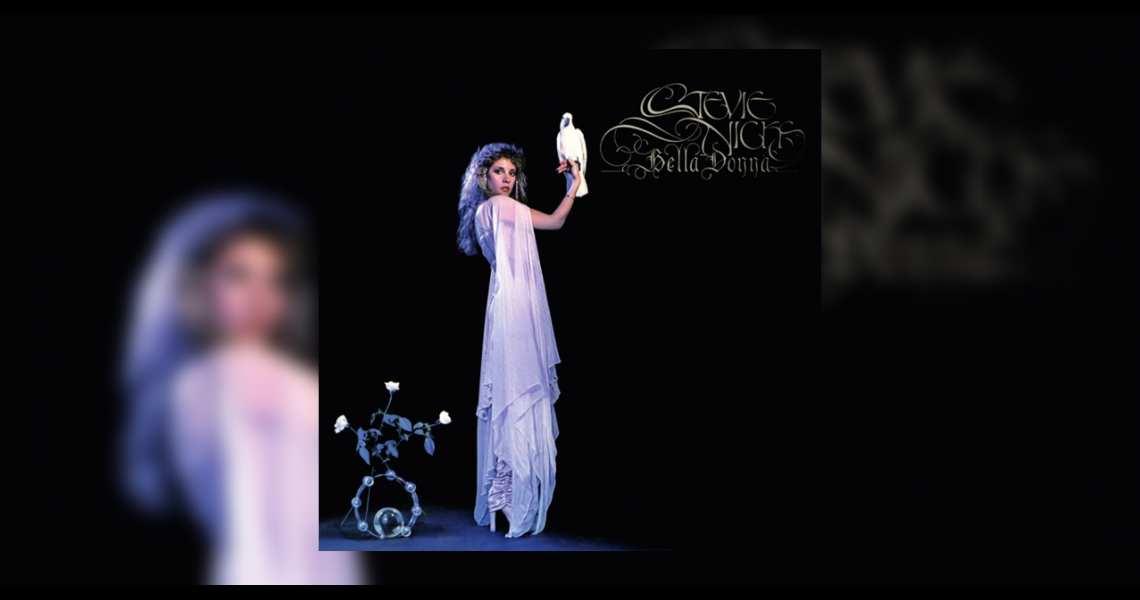 In late 1980, Stevie Nicks was at a crossroads in her career.

Having conquered the music world alongside her Fleetwood Mac bandmates throughout the late 70s, Nicks, still riding high on 1979's Tusk and Mac's sold-out global tour, decided to fly the coop with a solo album.

It was Mick Fleetwood who first left the nest with his 1981 solo venture The Visitor, followed by Lindsey Buckingham, who scored a US Top Ten hit with "Trouble," from his Law and Order album, released later that year.

But it was Nicks who struck gold with the release of Bella Donna in July 1981. Though she began recording her solo album in the late days of 1980, the inspiration for this album came years before, as she had written many of its songs prior to joining Fleetwood Mac in 1975.

"I wanted to make sure that I could still exist alone without Fleetwood Mac and without the entourage and without everything that went along with being in a very big rock and roll band,” Nicks shared during a 1981 interview with New York radio station WLIR. “And after six or seven years of that, you don't really know anymore until you actually try to so something alone. So I saw some time coming up that I was going to be free enough to actually pick out the songs and do it, and I did it to prove to myself that I could still exist alone.”

Nicks recruited the legendary Interscope Records co-founder Jimmy Iovine to produce the ten-track record. From the start of their collaboration, Iovine curtly reminded the songstress of his strong work ethic, saying, "I know that you're really used to being like the midnight cat queen that comes in whenever you feel like it," Nicks recalled in a 1981 interview. "This is not how we're gonna do this album. First of all, you only have three months, and second, I don't want to waste my time with a cartoon."

The resulting album unveiled Nick's glittering song collection that featured her superstar friends, including the Eagles' Don Henley, Don Felder and Tom Petty and most of his Heartbreakers. Demand for the album was immediate.

The first single off the album, "Stop Draggin' My Heart Around," launched to instant success when the Nicks and Tom Petty duet quickly ascended to No. 3 on the Billboard charts. "Leather and Lace," featuring Nicks trading verses with Henley, would premiere as the second single off the record and her album's second Top 10 hit. And then there came Nick's signature tune "Edge of Seventeen," as well as "After The Glitter Fades," "How Still My Love" and "Outside the Rain."

Nicks had embarked on this album to confront her standalone identity as an artist outside of Fleetwood Mac, with a mission to both find and prove herself. The album secured multi-platinum status and fulfilled her long desires "to do this album," she confirmed to Ultimate Classic Rock. "I wanted to do a few of my songs that I loved for all the people in the world that I loved."