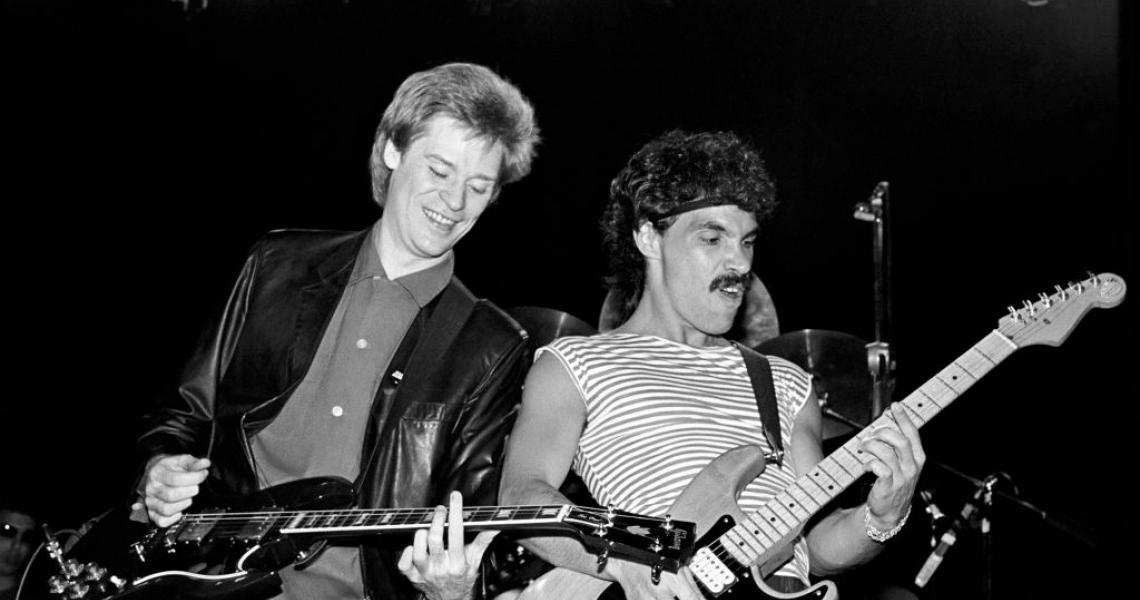 When it came time for Hall and Oates to record their ninth studio album, Voices, the band was in a decidedly New York state of mind.

"When we did (eighth studio album) X-Static, we were really tired of recording in L.A. because we didn’t live in L.A.; we lived in New York. We wanted to get back to recording in New York, so we told (producer) David (Foster) that we wanted to record the X-Static album in New York," John Oates told Wax Poetics. "He was cool with it, but he was an L.A. guy. As we began to make the X-Static album, we used our band in New York and it all began to crystallize in our minds in terms of what we were doing and what we wanted to do for the future."

That new direction would lead the duo to self-produce the Voices album, utilizing their own band instead of studio musicians: "Voices may have been the most collaborative record that Daryl and I ever made in terms of the fact that he and I were really writing together," Oates revealed. "We kind of made that album between the two of us. We sat around New York City and we were really glad to be back in the city. Many of those songs have to do with the sound that was going on, which were the early days of new wave. New wave was kind of hitting New York City and the punk movement was kind of going on. We were subtlety using elements of stuff that was around us. The album had a lean, stark quality to it."

Released on July 29, 1980, Voices was the very definition of a slow burner. The album wouldn't hit its commercial peak until the week of June 13, 1981, reaching #17 on the Billboard 200. It was more than worth the wait, as the record went on to spawn four top 40 singles, including one #1 hit.

The first single from Voices, 'How Does it Feel to Be Back," peaked at #30 in September 1980. The next single, a cover of "You've Lost That Loving Feeling," fared considerably better, reaching #12 in November 1980.

In a classic case of the third time being the charm, it was single number three from Voices, "Kiss on My List," that would fly all the way to #1 for the week of April 11, 1981. It held the top spot for three weeks straight, finally falling to Sheena Easton's "Morning Train (Nine to Five)."

"The only thing that was completely different on that record was that the song 'Kiss On My List' came from left field," Oates shared. "'Kiss On My List' was a song that Janna Allen came up with the idea for it. She and Daryl worked on it together. And Daryl as a favor for her was going to put it down as a quick demo in the studio so she would have something for herself because it was one of the first songs she had ever written. So he went in with a drum machine and piano and actually recorded the song that way. I distinctly remember it wasn’t going to be on the album because it was just this one little thing that Daryl was doing for Janna."

"This song was a hidden gem," Oates raved. "Daryl had this great piano groove that you hear when you hear the record. It’s really the heart and soul of that record. It had this positive, upbeat type of feel to it. It was a very simple idea saying you make my dreams come true. We were kind of laughing saying that this was too simple to be anything. After all these years, that’s probably the song that gets the most play out of almost any song we’ve ever done."