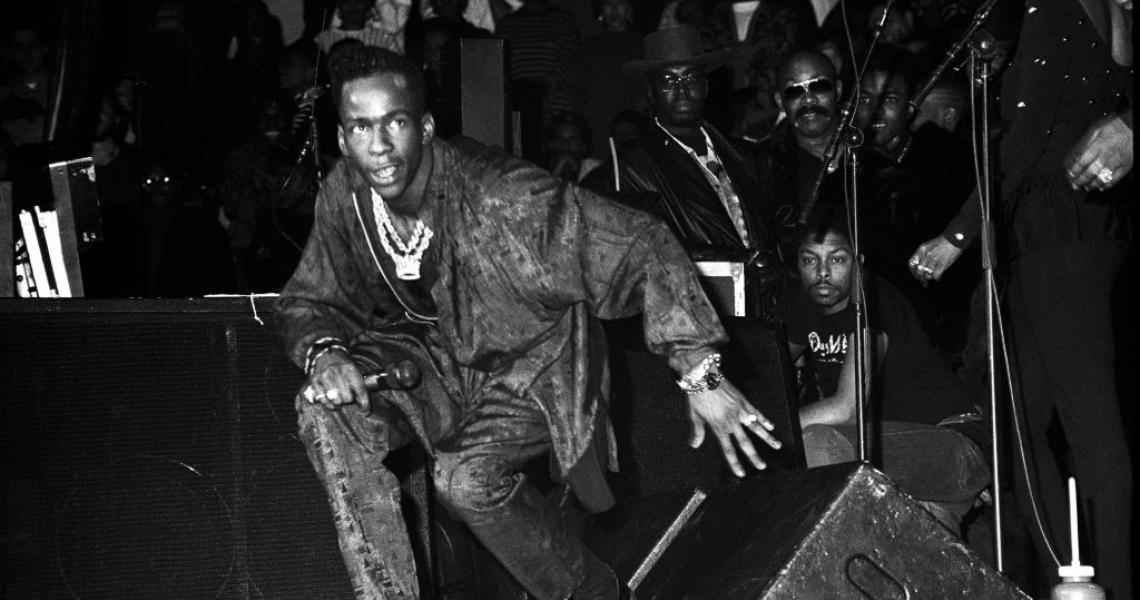 His first solo album was called King of Stage, but it was Bobby Brown's sophomore release Don't Be Cruel that made him pop royalty at the end of the '80s.

The Boston-born singer/rapper struggled to find his artistic voice after exiting New Edition in 1986. Things finally changed when Brown linked up with Teddy Riley, the writer/producer/keyboardist helping invent a new kind of soul as a member of Guy. Along with bandmate Aaron Hall, Riley helped Brown craft a song that quite plainly stated his intentions to make his own music on his own terms. "I had this bassline in my head I’d been working with," Brown recalled in 2018. "Teddy had the perfect beat.” The song was "My Prerogative," a New Jack swing classic that set the template for Brown's solo music going forward.

His next step was working with another set of up-and-comers: the duo of Kenneth "Babyface" Edmonds and Antonio "L.A." Reid. Though they ended up producing half the album, both Bobby and Babyface later admitted they weren't sure of what to make of each other at first. "“They had really smooth, well-written songs,” Brown remembered. “And I just didn’t believe in them."

Their first track together was "Don't Be Cruel," which Babyface later said Brown was baffled over. "He didn’t love the song, so it wasn’t like he was really into it," the producer said. "It took a little more work to get it done, I think. We got that one done and as other songs started to come in, I think he liked the other songs a little bit better.”

Brown's label MCA Records first released "Don't Be Cruel" as the album's lead single. Released ahead of the album in the spring of 1988, it finally reached the Top 10 that fall. From there, things started to fall into place. "My Prerogative" was released as the second single and topped the Billboard Hot 100 on Jan. 14, 1989. One week later, Don't Be Cruel was the country's top-selling album, staying there for six non-consecutive weeks through March.

That same month, the album's romantic ballad "Roni" reached No. 3 on the pop charts. Then, in June, a fourth single, "Every Little Step" - featured in an iconic music video - matched "Roni" on the charts. And there was already another hit waiting in the wings: the L.A./Babyface-produced "On Our Own." But this one wasn't from Don't Be Cruel - it was the lead track on the soundtrack to the hotly-anticipated comedy Ghostbusters II, in which Brown made a cameo. That song made it all the way to No. 2!

Brown had one more Top 10 that year: Don't Be Cruel's fifth single "Rock Wit'cha," which peaked at No. 7. When the books were closed, Don't Be Cruel was the year's bestselling album - ultimately selling more than 12 million copies - and even picked up a Grammy nomination for Best Male R&B Vocal Performance (for "Every Little Step"). Though Brown's career would have its share of ups and downs over the years, he ended the '80s with a bang - and did it mostly on his own.