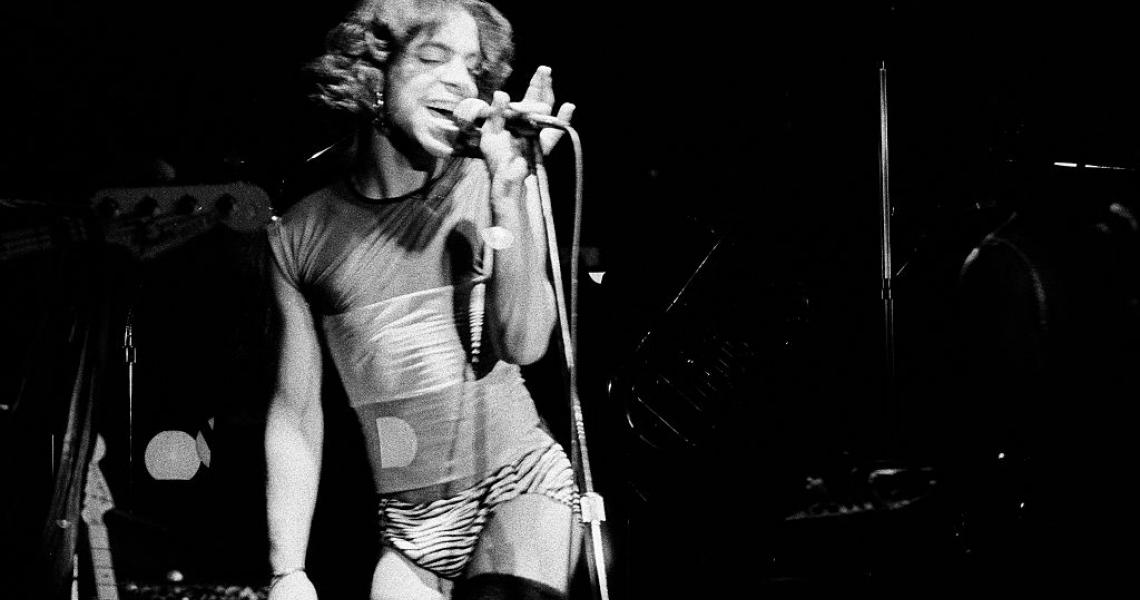 Loyal viewers of American Bandstand on Jan. 26, 1980 got their first view of a musician they'd be seeing a lot of for the rest of their lives: Prince, in his prime-time television debut.

Recorded at ABC's Television Center Studios a month before, Prince took the Bandstand stage to lip-sync two tracks from his 1979 self-titled sophomore album. "I Wanna Be Your Lover" would peak at No. 11 on the Billboard Hot 100 the same day the program aired - his first chart hit - while rock-flavored follow-up "Why You Wanna Treat Me So Bad?" reached the Top 20 of the magazine's R&B survey.

The appearance - Prince's second on television, after a late-night taping of The Midnight Special earlier that month - is perhaps most notable for Dick Clark's amusing interview with the artist between songs. Prince, who claimed to be 19 but was 21 at the time, already shows signs of the enigmatic personality that drove audiences wild. His answers are never more than a sentence; he playfully claims to play "thousands" of instruments, then "a couple." When asked how many years its been since he cut his first demo, Prince dramatically holds up four fingers.

Ironically, the same episode features a performance from soul singer Patrice Rushen, whom Prince admired. He in fact presented "I Wanna Be Your Lover" and another song off his second album, "I Feel for You," to Rushen, who rejected both songs. (The latter, of course, was covered by Chaka Khan in 1984.)

Speaking to KCRW-FM on the day of his passing in 2016, Rushen remembered him as "very quiet and very shy, but very direct and directed in terms of what he wanted to accomplish."