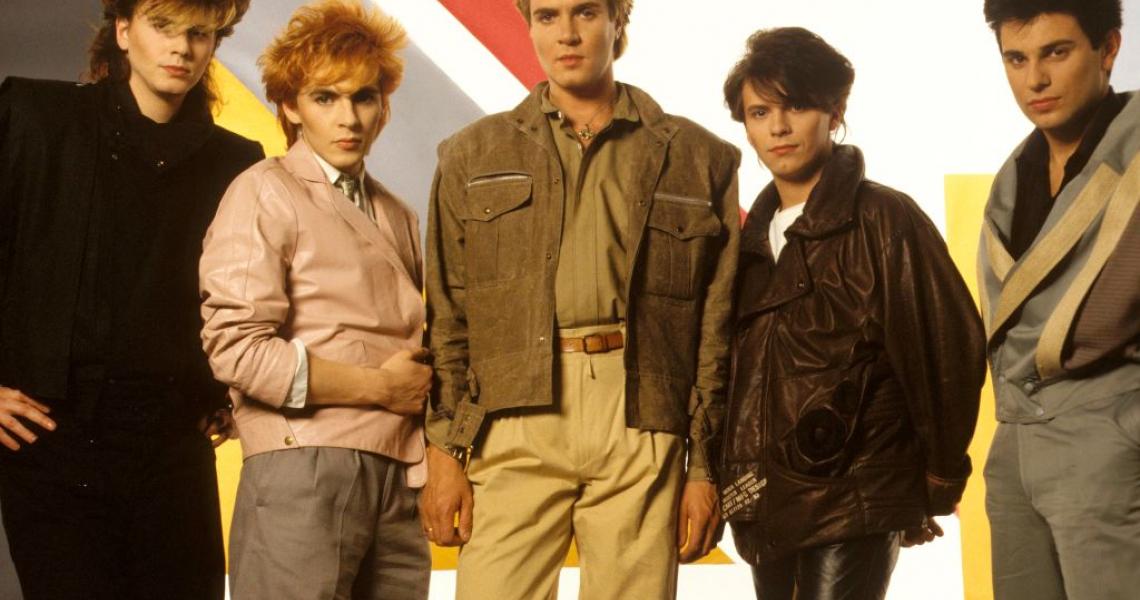 The month of July marks some watershed moments for Duran Duran. In 1981, they released their first U.K. Top 10 single, "Girls on Film," in that month; almost exactly two years later, they were performing for the Prince's Trust in England, and Princess Diana proclaimed them to be her favorite band.

But Duran Duran's plan for domination began even before that. According to legend, keyboardist Nick Rhodes and bassist John Taylor, who'd founded the band as schoolmates in Birmingham, sat down at local club the Rum Runner (where both would work and practice) in June 1980. Lead singer Simon Le Bon had just been recruited, as had original managers Paul and Michael Berrow, and they were ready to get serious about becoming musicians. On that fateful day, the boys laid out a three-step plan to indicate where they wanted to be as Duran Duran in their first years together.

Hammersmith Odeon by 1982. The legendary London venue is a well-known spot for bands looking to make it in England. Duran Duran were so hot, they'd play there nearly a dozen times before 1982 ended, making their first appearance there on July 9, 1981. Thanks to the BBC's fastidious archives, three of the shows have been presented over the years, including one recorded in December 1981 (where a live version of "Careless Memories" was recorded for a B-side) and two in November 1982. One from that same month was also shot on video and released as Hammersmith '82!, one of Duran's finest live releases.

Wembley Arena by 1983. London's biggest stadium at the time - second today only to the O2 Arena - was the clearest sign for British bands that they'd made it, with a capacity for more than 12,000 fans (roughly three times Hammersmith's seating). In 1983, Duran-mania could not be contained both at home and abroad, after America fell in love with both Rio and the band's self-titled debut after a timely reissue. And with a third album, 1983's Seven and the Ragged Tiger, on the way, the boys boldly announced their biggest tour yet: Sing Blue Silver, which took the group around the world in 1983 and 1984. They checked the second item off their list with five nights at Wembley just before Christmas of '83 - quite a gift!

Madison Square Garden by 1984. Wembley was nice - but Madison Square Garden, New York City's mega venue, was a key factor in ensuring that America was wild about you. And sure enough, the Sing Blue Silver tour - chronicled in the documentary of the same name as well as the live album Arena - rolled into the world's most famous arena for two nights on March 19 and 21. Within a few months, "The Reflex" (remixed by Nile Rodgers of CHIC, a guest at MSG) will become the band's first U.S. No. 1 hit - and Duran Duran will stake a claim as one of the biggest bands of the decade.