The Funk of 40,000 Years: When Michael Jackson's 'Thriller' Video Premiered 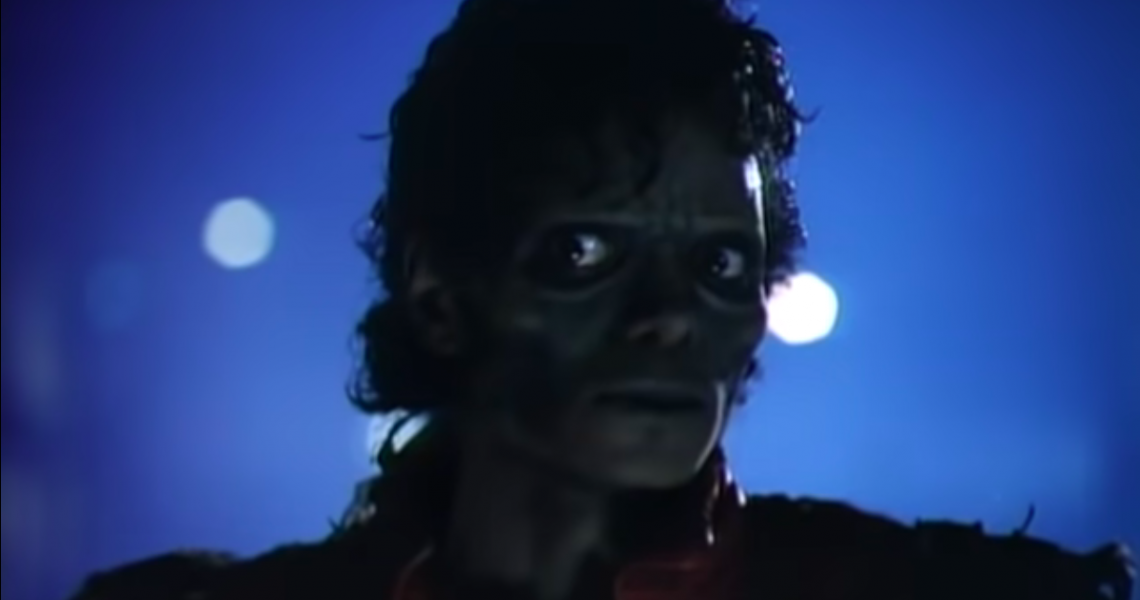 By June 1983, it looked like Michael Jackson’s Thriller album had begun to run its course. Since its release a little over seven months earlier, the record had turned out four Top 10 pop singles (including two No. 1s – “Billie Jean” and “Beat It”) and spent four months at the top of the Billboard 200 album chart. But summer was coming and two recent records – the Flashdance soundtrack and Synchronicity, by The Police – had supplanted Thriller at the top. Even though two more singles – “Human Nature” and “P.Y.T. (Pretty Young Thing)” – had been scheduled for release in the coming months (and would, indeed, reach the Top 10 themselves - more success than any album ever), Epic and CBS Records - Jackson's record company and its corporate parent - saw the tail-off as typical, even for the biggest album in recent memory.

Jackson would not give up so easily. According to Vanity Fair, CBS chief Walter Yetnikoff took calls from Jackson at all hours of the day and night, with the superstar constantly inquiring what the company was going to do about Thriller’s slow descent. “We’re going to go to sleep and deal with it tomorrow,” Yetnikoff is said to have replied.

A persistent Jackson hatched a plan – to create a third video from the record, for the title track; not just a short video for the six-minute album cut, but a short film that could be played in theaters as well as on TV sets (including the fledgling 24-hour music network MTV). He hooked up with film director John Landis (Animal House, An American Werewolf in London), who concocted a treatment for the video that Jackson loved, but at a cost of $900,000, which both CBS and Epic rejected.

(To compare, Duran Duran had traveled from London to Sri Lanka a couple years before and made three videos, including “Save a Prayer” and “Hungry Like the Wolf,” for the comparatively paltry sum of $30,000, according to keyboardist Nick Rhodes. That’s 30 grand total. “Thriller” was expensive.)

Jackson and Landis found some creative ways to fund the project (including selling exclusive broadcast and pay-cable rights, selling rights to a “making-of” documentary, and Jackson ponying up a hunk of money out of his own wallet), and they made a 14-minute short film of “Thriller.”

You remember it, right? After a film-within-a-film sequence that sees Michael menacing his date (Ola Ray) by turning into a werewolf, Jackson and Ray themselves are on a date, when they’re set upon by a group of zombies. Jackson becomes a zombie himself, then dances with the zombies. It’s a classic piece of ‘80s music video history, from the zombie choreography to Jackson’s leg kicks, to the red leather jacket he wore, facsimiles of which wound up in department stores soon after.

Released on Dec. 2, 1983, the “Thriller” video sent the Thriller album back up the chart and is given credit in some corners for doubling the record’s sales. A video cassette featuring the short film and the documentary sold over one million copies, and the video itself became the first music video inducted into the National Film Registry. These days, Jackson’s dance with the undead is routinely reenacted in videos fans post to YouTube. That dance even has its own entry in the Guinness Book of World Records, for the day in 2009 when 13.597 people in Mexico went through the choreography together.

Arguably the most important music video in the history of the format, Michael Jackson’s “Thriller” took Jackson to new heights of fame, and remains a resonant pop culture touchstone to this day.