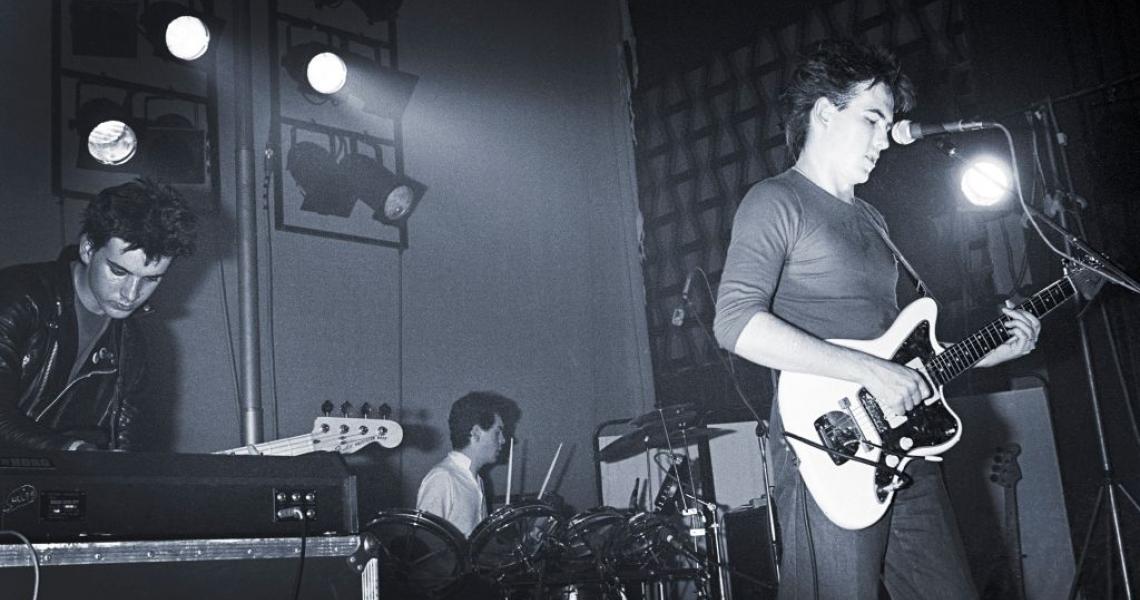 The 1980s were still just a couple of months old when it was time for the Cure to take America. The band had already made a splash overseas with the May 1979 release debut album, Three Imaginary Boys, and it was time to cross the Atlantic

For the group's Stateside debut, most of Three Imaginary Boys and the Cure's first three singles--"Killing an Arab," "10:15 Saturday Night" and "Boys Don't Cry"--were repackaged into a collection called Boys Don't Cry.

"I was singing that at Glastonbury a couple of days ago and I realized that it has a very contemporary resonance with all the rainbow stripes and stuff flying in the crowd," Robert Smith told Rolling Stone about the the song "Boys Don't Cry," last year.

"I thought, it’s showing the other side of the coin to the #MeToo thing. In no way is it similar, but when I was growing up, there was peer pressure on you to conform to be a certain way. And as an English boy at the time, you’re encouraged not to show your emotion to any degree. And I couldn’t help but show my emotions when I was younger. So I kind of made a big thing about it."

While it was America's first taste of the Cure, Smith was already moving the band's sound in a new direction:  "When we reached the end of the Three Imaginary Boys period with the three-piece, I was a different person and I wanted to do something different. I thought I’d outgrown that trio. I wanted to play the keyboard and other forms of music had influenced me when I was growing up. I listened to early Pink Floyd, because my older brother used to play it all the time. So I was looking back at other influences and I was drawing on things like Nick Drake, Pink Floyd, and Captain Beefheart."

The song "Killing an Arab" has been a flashpoint of controversy for years. Based on a story by Albert Camus, it's been incorrectly cast as racist commentary. Smith insists that it's not, but has still grappled mightily with the misinterpretations.

"What am I going to do, pretend I never wrote it? I’ve reached an age where I think if people misunderstand it and don’t bother to try and understand what the song is about, then tough shit, really," he insisted. "I’ve given up explaining. Go read Albert Camus. I mean, go read Albert Camus anyway, because he wrote some great books. It’s been misappropriated, and I thought I should take it back. Probably one of my few regrets in life is actually calling it “Killing an Arab.” If I’d called it 'Staring at the Sea,' none of the controversy would have ever happened.

"Essentially, it’s about the value of human life and the value that other people give to their own life and to others," he concluded. "It’s a complex subject distilled very badly into a three-minute pop song. I could probably write a better one now, but I don’t think it would have the same authenticity."