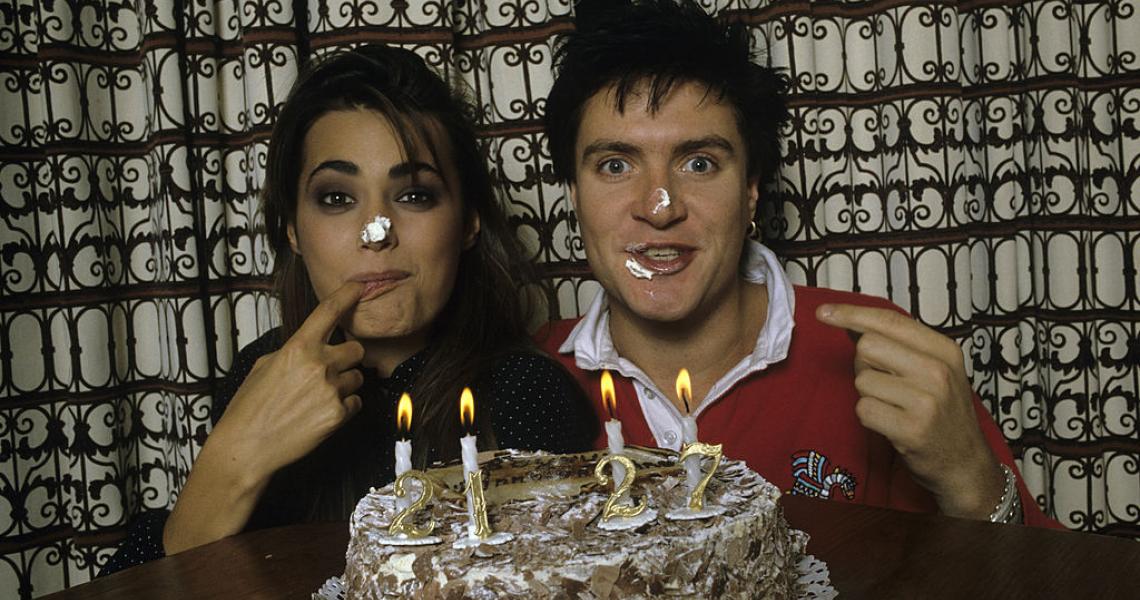 It's one of the most enduring marriages in the wild world of music: Duran Duran singer Simon Le Bon and OG super-model Yasmin Parvaneh, married 34 years as of December 27, 2019.

Parvaneh was just 20 years old when she first connected with Le Bon, who according to legend had tracked the model down after seeing her in a magazine. Featured on the cover of the very first issue of ELLE UK, she was among the British modeling elite and a regular on the front of such publications as Vogue and i-D. Parvaneh and Le Bon had a whirlwind romance, resulting in the couple tying the knot at a relatively low-key affair in her hometown of Oxford, England, on December 27, 1985.

Part of the reason for the quickie marriage was that Le Bon was particularly inspired to live his life. He'd recently survived a harrowing incident aboard the maxi-yacht Drum in the treacherous Fastnet Race. With the singer being a major investor in the boat, he joined the crew for the competition. One night while Le Bon was sleeping, the boat capsized, trapping him and the crew underwater for almost an hour before being rescued in a life-changing moment.

Le Bon was able to return to Parvaneh and get hitched for Christmas, with the couple going on to have three daughters: Amber, Saffron and Tallulah. In June 2018, Saffron would make the pair grandparents with the birth of her son, Toro Arturo Compston Le Bon.

"I don't even dare think about it," Yasmin told Independent earlier this year when asked about the secret to her enduring marriage to the new wave star. "While he's still making me laugh, it's good. But in equal measures, he makes me laugh and makes me annoyed and irritated. It's good, but that's how it is now. I don't have a crystal ball. It might change in six months. Just because you've had all these years together doesn't mean it can't change. You don't just stay together because of your history or because you've managed to get this far. Although you do start getting to the good bits much down the line, nobody tells you that."