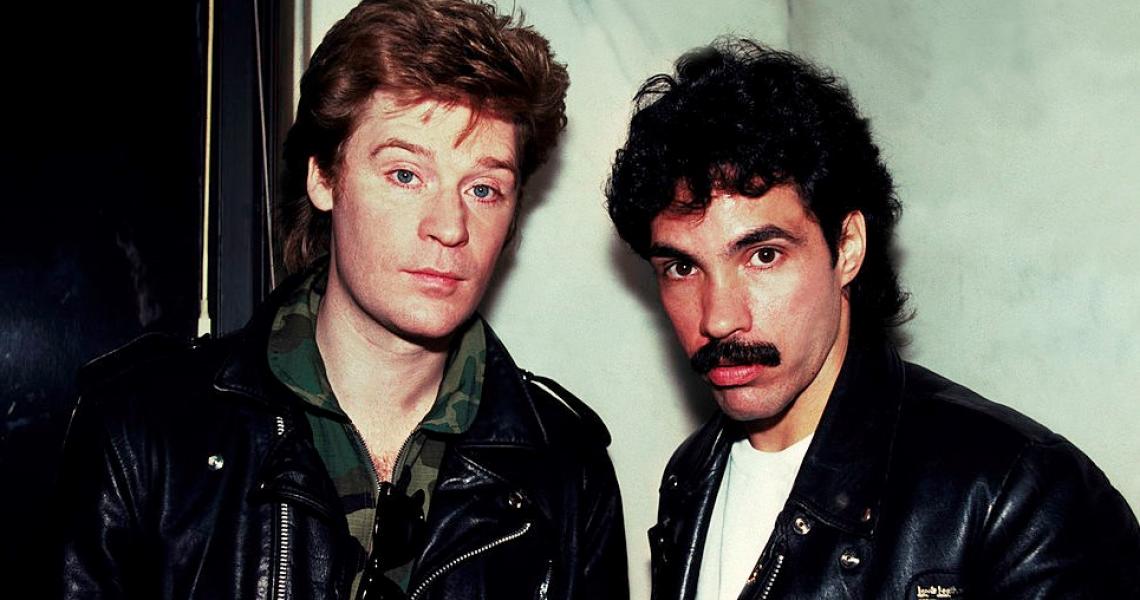 It was December 14, 1981, when pop-soul superstars Hall and Oates released the second single from the Private Eyes album: "I Can't Go for That (No Can Do)." The song was a huge radio and chart hit, soaring up the Billboard Hot 100 to peak at #1 for the week of January 30, 1982. The tune sneaked its way to the top spot between epic runs by Olivia Newton-John ("Physical") and the J. Geils Band ("Centerfold"). Here's a look back at Hall and Oates' "I Can't Go for That" with five fun facts.

1. The track was a happy accident
"Remember the old Roland CompuRhythm box? I turned to the Rock and Roll 1 preset, sat down at a Korg organ that happened to be lying there and started to play this bass line that was coming to me," Daryl Hall told Mix magazine. "It's the old recording studio story: The engineer heard what I was doing and turned on the tape machine. Good thing, because I'm the kind of person who will come up with an idea and forget it. The chords came together in about 10 minutes, and then I heard a guitar riff, which I asked John, who was sitting in the booth, to play."

2. The tune has been sampled a lot
"'I Can't Go for That' is one of the most sampled songs from our catalogue, maybe ever for all we know," John Oates marveled to LiveDaily. "It's been sampled on so many songs. I can name five or six versions of it. Just last year Simply Red did a song called 'Sunrise,' which was basically 'I Can't Go for That.' The entire song. It wasn't a sample, it was the actual track. He just wrote a different verse over it. Puff Daddy sampled it, De La Soul sampled it. I like it [when our music is sampled]. I like when people have a different take on what you do. That's quite a compliment."

3. The song was a huge crossover hit
"I Can't Go for That (No Can Do)" was obviously a massive pop hit; the song's funky bass line and soulful delivery made it just as popular on black radio, sending the track all the way to #1 on the Hot R&B Songs chart for the week of January 30, 1982.

4. John Oates heralds the song as an anthem to individuality
"The theme is sort of ongoing with us, that people should think for themselves, do what they believe," Oates told Billboard. "They shouldn't act or do things just because other people do, or because the government says to do it or because their fathers and mothers say this is the right thing. People have to be able to assess each situation, based on their own beliefs, and not just follow along."

5. The tune famously inspired Michael Jackson to write "Billie Jean"
Michael Jackson sidled up to Daryl Hall at a recording session for a chat: "We were doing the 'We Are The World' session ... and Michael came up to me in conversation and he goes, 'hey man, I hope you don’t mind if I stole No Can Do. And I went, 'What do you mean you stole No Can Do?' He said, 'Nah, man, I used it for ‘Bille Jean.’ I said, 'It doesn’t sound like No Can Do to me!"