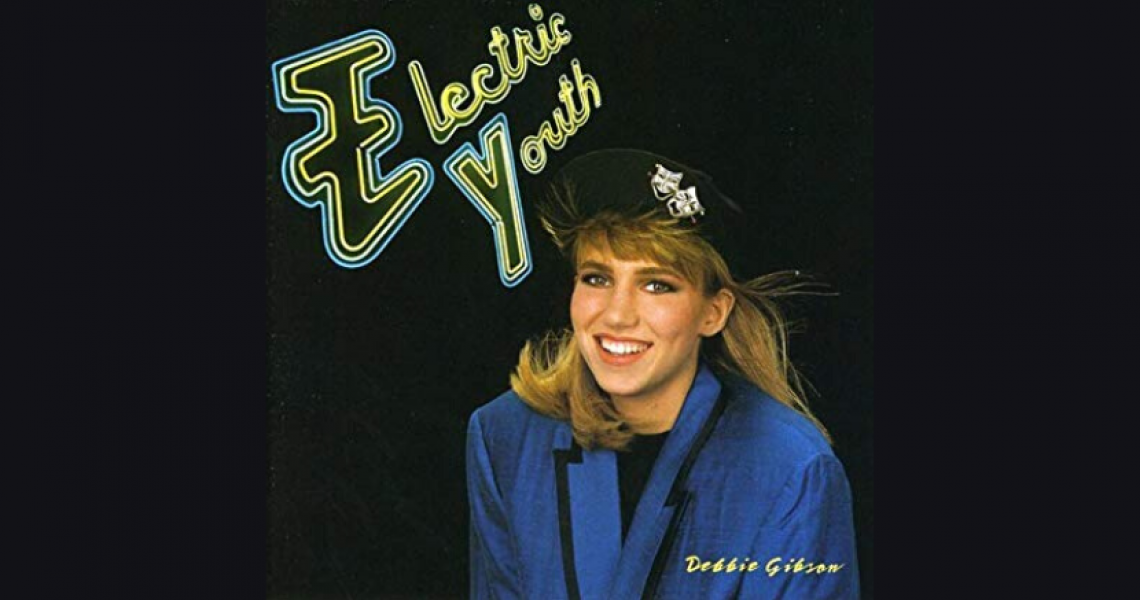 Former teen queen Debbie Gibson returns to the Rhino Podcast to sit down with host Dennis "the Menace" Scheyer and executive producer John Hughes to continue discussing her storied musical career, from her signature pop ballad "Lost In Your Eyes" in her 1989 album Electric Youth to her latest Top 10 single "Girls Night Out."

Link to the full podcast is included below.

ON THE PUSH TO USE CO-SONGWRITERS BACK IN THE DAY:

SCHEYER: "You wrote all your songs, you had no co-writes. That was so incredibly rare back then though. I just learned something from you because I always thought that back then they, I mean, I knew they pushed for producers, but I didn't really know that they did push for co-writers."

GIBSON: "Even back then as today, you can't write a song once there's twelve people in the room. I know. It's so funny because at one point when I was living out here in LA, I was like, I want to really be a writer. Like I am a writer, but I want to be in the mainstream writing arena, publishing artists and, and I can say his name, we met with Gary Bowen at the time who was running Atlantic publishing."

"Now when I went and did my first Hallmark movie, I put a scene, I wrote a scene into that movie where I was teaching these kids music and the girl walking by with coffee that goes, '[singing] Yeah, yeah.' She was suddenly a writer on the song and the guy going, you know, doing the beats. is our writer on the song. And if you're in the room..."

"What's funny is you can look at it two ways. Like part of me goes, I can be snobby and go, 'Well, how dare they be in it?' Or you could go, 'You know what? The songs kind of belonged to everybody anyway.' Does anybody care who wrote a hit song? They just want to hear the song. And if you believe in the power of music, you want the song to be out there."

ON WHAT PUSHED ELECTRIC YOUTH TO THE NEXT LEVEL:

GIBSON: "With Electric Youth, we took more time. So that could have been something. And there was maybe a little more versatility, also in the production. There was Electric Youth, which was all digital, not all, but like primarily programmed.

"I just think it was like a momentum and that was like... I remember when "Lost in Your Eyes" came out and the stations were like, you know, 'WPLJ Exclusive' or whatever... you know, like the watermark on the record."

"And I was like, 'Oh my God, people are clamoring for my first single, like, how crazy is that.'"

"It was kind of a bold move to go with the ballad first. But I was like, let's just put the best foot forward. I mean, cause I just felt like that was just the strongest song."

ON WINNING THE ASCAP SONGWRITER OF THE YEAR AWARD WITH BRUCE SPRINGSTEEN:

Gibson: "The beauty of that award is it's based on the merit of - these are the songs the people bought the most, listened to the most, and that's a really fun thing for me because I was never... again, just to say this, I was never the cool kid in school, I never won a Grammy.

ON HER NEW SINGLE "GIRL'S NIGHT OUT," CURRENTLY ON THE DANCE CHARTS:

Hughes: "Girls Night Out" is the new single and the Tracy Young remixes just dropped."

Gibson: "Yes, two things. Sean Thomas, who's 17, 18 years old now. He was in my Hallmark movies playing my student. He produced the original pop version of the track. I just think, 'Surround yourself with younger, cooler people all day long.'  'Cause I'm always going to bring what I bring, but I want to hear like a young, modern take on anything I do."

"So anyway, he's amazing. He's like my go-to track guy. He's his own artist and writer in his own right. I love young talent, but I knew that the song had the club potential."

"I credit my manager Heather for saying we should call Tracy Young. And when you look at everything she's done and she's like the go-to remixer for all the divas. And there's a reason. And again, I think she usually takes the reins. But this, I got super involved in a couple, you know, in the details.

"Like I let her do her thing cause she's brilliant. But then I kind of fine-tuned with her and we just had a great musical chemistry and it turned it into a whole other song. Really. It's giving it a whole of their life where we're shooting. We had done a video, but we're going to reshoot the video to this version."