David Byrne Takes "Road to Nowhere" to The Tonight Show 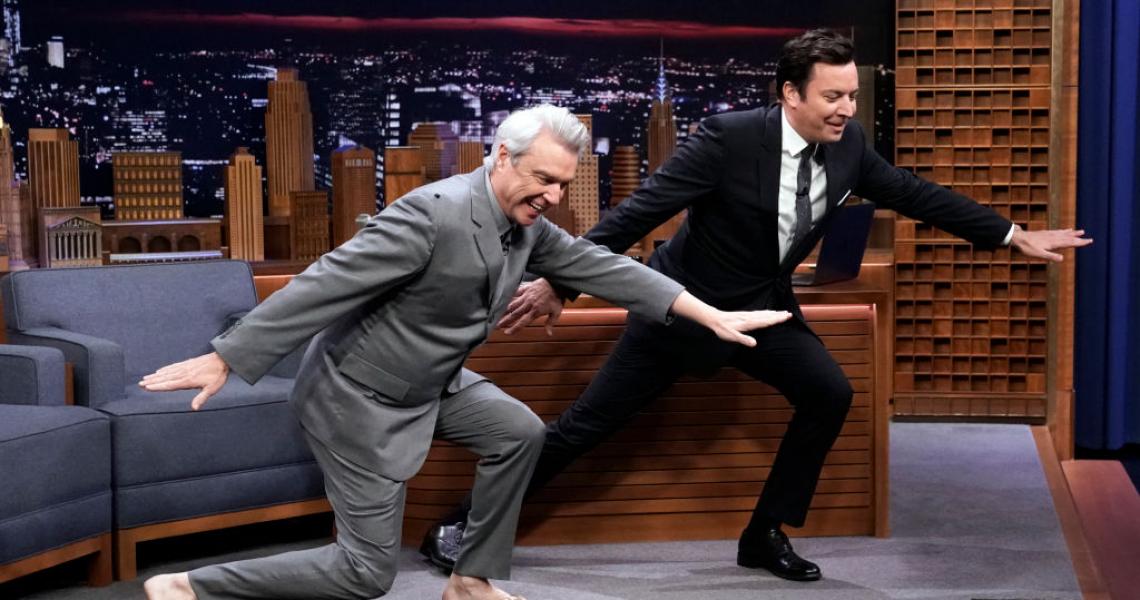 For those who haven't seen it, David Byrne's American Utopia shows are a revelation. The tour for his 2018 album of the same was a complete reinvention of the live concert in a similar way that Stop Making Sense revolutionized the medium in the 1980s.

The engaging and inspired performance captured the free-spirited energy of the stage show in fine form as Byrne led the performers through the song. Watch it below.

Before the performance, Byrne sat down with Fallon to talk about the Broadway show, rolling to the stage on a bicycle. During the interview, the singer taught the host a few of the moves from the production. Hilarity ensued. Watch it below.