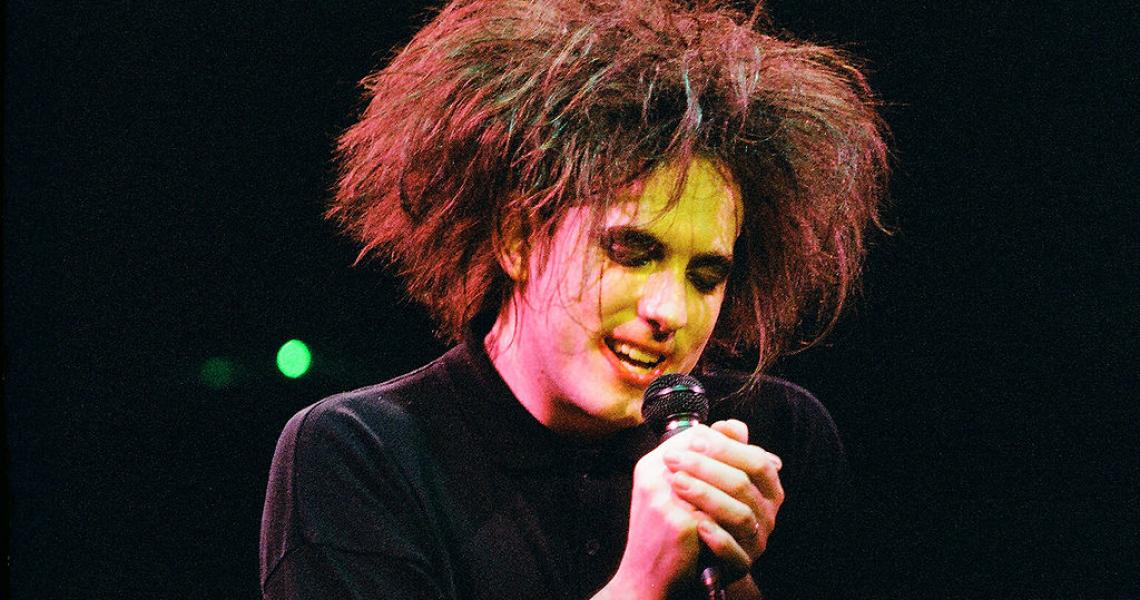 ON HOW THEY DISCOVERED THE CURE:

VEE: "I was watching MTV. I grew up in Canada and we had a satellite dish and not everybody had that. And you had to have one to get MTV. So MTV was the source of everything for me."

"And I saw the video for 'Close To Me' and yeah, I was already, I was, I was drawn to it because I was already kind of that awkward, little child who felt out of place everywhere. So anything that seemed different to me, what seemed different when I was really young was like Buddy Holly or the movie Xanadu, like pop culture things, but the things that had kind of quirkiness to them. It wasn't until I saw The Cure that I really, really could super relate."

HUGHES: "It's funny that you say it because I think I was about 14 or 15 and I saw a video for 'The Walk' on MTV in light rotation. I'm like, 'What's this baby he's holding. He's in a kiddie pool?' And it kind of scared me a little bit, but I was fascinated, kind of scared. And then they put 'Let's Go To Bed' in rotation..."

PARKER: "That was my introduction, 'Let's Go To Bed.'"

HUGHES: "Right. It's that same band, but this song is super pop and catchy and I like it. And I went and ran out and bought the cassette for Japanese Whispers. All downhill [from there]."

ON THEIR FAVORITE CURE ALBUM:

"It's funny because I actually have a habit of flying out to other countries to see bands and The Cure, I've done a couple of times. I went to the Hyde Park show a couple years ago, flew out to London.  That was amazing. That was the 40th anniversary.

VEE: "I was flipping through. 'Get mixed up with the cure. Prove you're the world's biggest Cure fan. And you're going to get a truly next step, like mystery prize.' I don't think that was the terminology, but they didn't say what it was..."

"So I thought, 'Oh my God, maybe it's a trip to London. Maybe you get to go to Fiction Records and hang out there for the day or meet the band or who knows.' IT was very mysterious. So I was already motivated. I'm going to win. I'm the world's biggest Cure fan. No problem, I got this."

"My teenage brain's going crazy And it's completely taken over my life. The contest came out in September, the deadline was December. So I had some time here to work on this and like Lyndsey, I also fancied myself a bit of a poet and I had collected many poems that - she loves this part - I signed them all in blood."

PARKER: "I do love that part."

VEE: "How old was I? 13. Yep. Signing my poetry in blood. So I had to expand that collection. I decided 365 poems dedicated to The Cure cure. That's a good number. And I was probably up to about a hundred or so. Furiously in school, after school, at any time, I was writing poetry and usually in response to a song."

"So I listened to a song and kind of stream of consciousness, write the song, sign it in blood, put it in the black Duo-Tang [folder] that I decorated with red nail polish. It was a whole thing. And then beyond that, I thought this isn't enough. What if somebody else out there, like Lyndsey, somewhere out there, has poetry like this."

"So I decided I needed to construct a doll house, a Cure doll house. And I remember reading that Robert Smith liked Christmas and Christmas lights and decorations..."