Bruce Springsteen Speaks Up: "We Remain Haunted By Our Original Sin of Slavery" 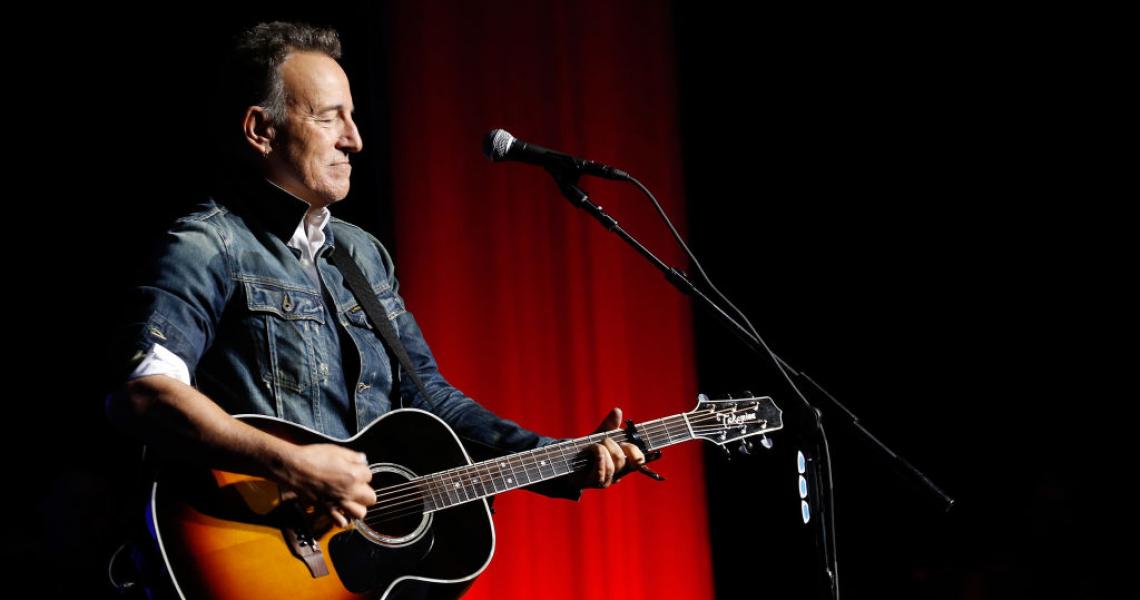 Bruce Springsteen spoke up against social injustices that continue to plague the nation on SiriusXM's E Street Radio.

During his ongoing Bruce Springsteen - From His Home to Yours series broadcast, the New Jersey rock star reflected on the ongoing protest movement in the wake of George Floyd's killing, which he described as a "visual lynching."

He began his program with his 2000 song "41 Shots (American Skin)," which was inspired by the death of unarmed Guinean Amadou Diallo, who was shot and killed by four New York police officers.

“That song is almost eight minutes long,” Springsteen said. “That’s how long it took George Floyd to die with a Minneapolis officer’s knee buried into his neck. That’s a long time. That’s how long he begged for help and said he couldn’t breathe. The arresting officer’s response was nothing but silence and weight. Then he had no pulse. And still it went on.”

He later played Bille Holiday's "Strange Fruit," which he described as "one of the darkest songs in the American canon." While sharing the song, which "was written about the lynchings about black Americans after the Reconstruction and into the 20th century," he condemned the killing of George Floyd, commenting "the video of the death of George Floyd is a 21st-century visual lynching."

He continued, “As we speak, 40 million people are unemployed. One hundred thousand-plus citizens have died from COVID-19, with only the most tepid and unfeeling response from our White House. As of today, our black citizens continue to be killed unnecessarily by our police on the streets of America. As of this broadcast, the country is on fire and in chaos.”

He urged listeners to take responsibility for the evident racial and political issues affecting the nation, as he said, "we remain haunted, generation after generation, by our original sin of slavery. It remains the great unresolved issue of American society. The weight of its baggage gets heavier with each passing generation. As of this violent, chaotic week on the streets of America, there is no end in sight.”

As he wrapped the show, he appealed once more, asking his listeners to "stay safe. Stay well. Stay strong. Until we meet again, stay involved. And go in peace.”

There are many ways people can support the movement against police violence and provide relief to the communities who have been impacted by police racism. Help the family of George Floyd HERE. Fight for Breonna Taylor HERE. Help the family of Ahmaud Arbery HERE.

Want to help protesters? Donate to one or more community bail funds HERE. Visit Movement For Black Lives for additional ways you can help the cause. Want to connect with leaders building grass roots campaigns? Click HERE. Are you an ally and want to learn more? Here are some anti-racism resources.