August 1981: The Rolling Stones Release "Start Me Up" 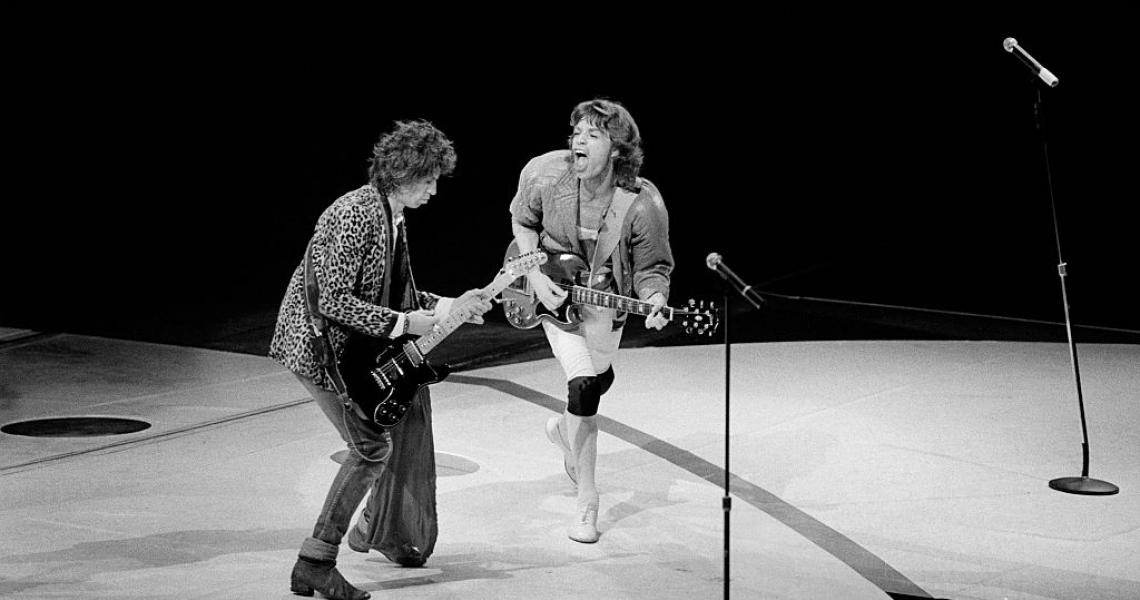 The year 1981 would prove to be monumental in the ongoing rock and roll circus that surrounds the Rolling Stones. It kicked off on August 14, 1981, with the release of "Start Me Up." It was the lead single of the band's latest album, Tattoo You, which followed in late August 1981.

The Tattoo You release cycle arrived on announcement that the Stones were embarking on massive American tour. Fragrance brand Jōvan ponied up $1 million for naming rights on the tour, which went on to pull more than $50 million in ticket sales. It was the largest grossing concert tour for years to follow.

For "Start Me Up," the aptly titled tune was an immediate hit on radio and the charts, where it rocked all the way to #2 on the Hot 100. It held the #2 spot for three weeks, and was kept from #1 by two songs: Christopher Cross' "Arthur's Theme (Best That You Can Do)" and Hall and Oates' "Private Eyes."

"Start Me Up" was the song that almost wasn't. Originally conceived as a reggae-rock song for the group's previous album, Emotional Rescue, Keith Richards explained how it was saved from the musical scrapheap.

"The story here is the miracle that we ever found that track. I was convinced - and I think Mick was - that it was definitely a reggae song," he revealed via Songfacts). "And we did it in 38 takes - 'Start me up. Yeah, man, cool. You know, you know, Jah Rastafari.' And it didn't make it. And somewhere in the middle of a break, just to break the tension, Charlie and I hit the rock and roll version. And right after that we went straight back to reggae. And we forgot totally about this one little burst in the middle, until about five years later when somebody sifted all the way through these reggae takes. After doing about 70 takes of 'Start Me Up,' he found that one in the middle. It was just buried in there. Suddenly, I had it," Richards marveled.

"Nobody remembered cutting it," the guitarist added. "But we leapt on it again. We did a few overdubs on it, and it was like a gift, you know? One of the great luxuries of The Stones is we have an enormous, great big can of stuff. I mean what anybody hears is just the tip of an iceberg, you know. And down there is vaults of stuff. But you have to have the patience and the time to actually sift through it."