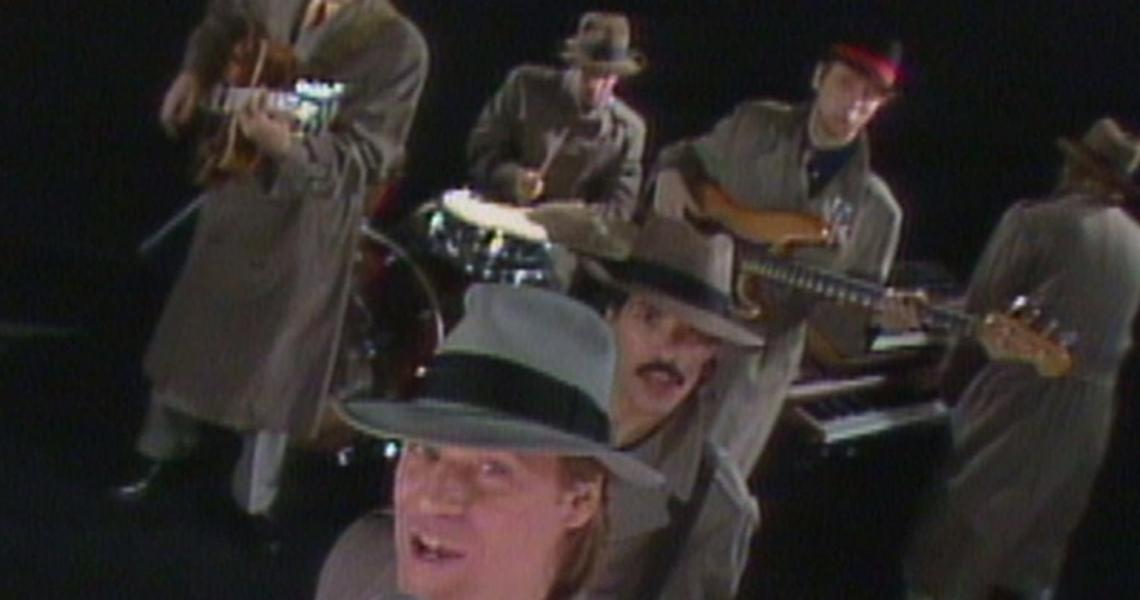 Songwriters Warren Pash and Janna Allen got together back in 1980 to work on music on an album Allen was putting together. Getting together in Los Angeles, they started in on a new batch of tunes. Among them: a track Pash had been kicking around called "Private Eyes."

"We went in a little rehearsal room somewhere - I think it was five bucks an hour with a beat-up, old piano with cigarette burns and half the keys not working, and a cassette player," Pash recalled to Songfacts. "We banged it out with some stuff that she added to make it more singable for her. She took it away and I said, 'OK, we'll see what happens.' She calls me maybe a month later and says, I don't think that song is for me. I said, yeah, I understand. And she goes, But I think it's perfect for Daryl and John, so I gave the cassette to them," she added, much to Pash's surprise. Having already worked with Daryl Hall, his heart sank. "I went, what are you trying to do, kill my opportunity to work with Daryl again? Why'd you give him that piece-of-crap tape? She says, no, no, no... they'll know what to do with it."

Indeed, as the group took that demo tape and reconfigured it into the title track of Hall and Oates' tenth studio album. Released as a single on August 29, 1981, the song soared up the Hot 100 to peak at #1 for the week of November 7, 1981, as well as the following week. It would finally fall to Olivia Newton-John's monster hit, "Physical," for the week of November 21, 1981.

"Private Eyes" came with a very straightforward but sharp music music that would become a staple on early MTV. Creating such an iconic clip just happened by chance, according to director Jay Dubin.

"It's real simple. I get a call from them, it's about 11. 'Hey, we're over at Electric Ladyland, we want to shoot a video. We only have this much money. Can you get over here in a couple of hours?'" Dubin told Songfacts.

"I go, 'Yeah.' Came in, did it, and left. I mean, there was no plan. It was just like, 'Whaddaya got around here? What can I do?' Okay, I got this, this, and this. All right. And I've got a camera. Let's do it. Get outta here. Okay, 'bye. Two hours, done, boom. Go and edit it and I finish the next day. It was no big thing though, you know? [Laughing] Had nothing to work with. You have the room and the two guys, and a couple of other guys. So you walk in and go, 'Okay, everybody sing, point the cameras at them. Okay, now we'll do a close up, now we'll do this, now we'll do that.' And, 'All right, I'll have it done in the morning.'"

And with that, a classic was born.