All the Totally Awesome Vinyl Coming for Record Store Day 2022 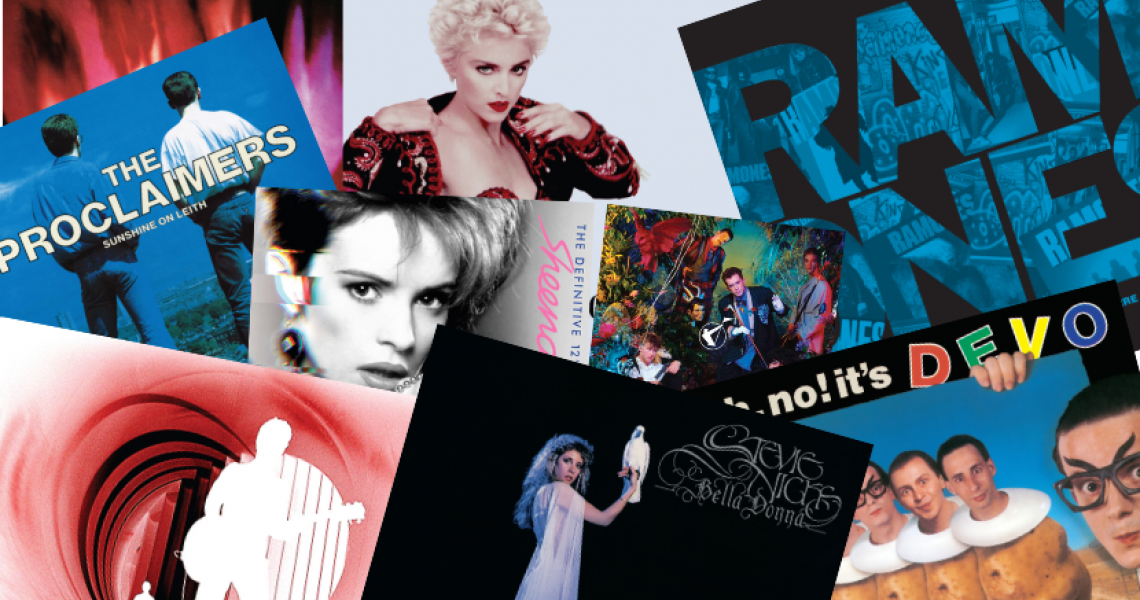 The dust is shaking off the crates and the crackle from the needle is coming through the speakers: Record Store Day is back.

On April 23, 2022, indie record stores across the country will participate in the 15th annual celebration of music and vinyl. After a few years of pandemic-induced delays and staggered releases, it's down to one big day on the calendar (with a special "RSD Drop" day on June 18 for those titles that couldn't make it in time for the spring due to supply chain issues or other circumstances).

But let's be real: you're not here for the technical minutae - you want to know what killer '80s titles are coming to vinyl. Well, it's time to lift the lid off the box and share our favorites!

Madonna, "Who's That Girl" (Super Club Mix): 35 years ago, Madonna anchored a whole film soundtrack for one of her first big starring roles, 1987's Who's That Girl. The title track and "Causing a Commotion" reached No. 1 and No. 2 on the U.S. pop charts, making her the first to score six chart-toppers in the '80s. This red vinyl 12" will feature a total of five rare club mixes of both tracks.

READ MORE: August 1987: Madonna's "Who's That Girl" Released at the Movies

Stevie Nicks, Bella Donna (Deluxe Edition): Anyone who missed Stevie Nicks' power as a member of Fleetwood Mac surely picked up on it when she released her debut solo album, Bella Donna, in 1982. Featuring the thunderous "Edge of Seventeen" and Top 10 duets with Tom Petty and The Heartbreakers ("Stop Draggin' My Heart Around") and Don Henley of the Eagles ("Leather and Lace"), Bella Donna makes a powerful case for Nicks as one of rock's greatest frontwomen. This set includes the original album on vinyl alongside nearly a dozen B-sides, outtakes, demos and soundtrack songs - many of which are making their debut on the format.

The Cure, Pornography: the culmination of The Cure's first era was this gloomy 1982 album - the band's fourth - featuring songs like U.K. hit "The Hanging Garden." This picture disc release celebrates 40 years of the album's initial release.

Devo, Oh, No! It's Devo: A tongue-in-cheek rejoinder to critics who deemed the quirky New Wave icons "fascists" and "clowns" - their mission was to make a record that sounded like it was created by fascist clowns - Oh, No! It's Devo features fan favorites "Peek-a-Boo!" and "That's Good" plus the controversial "I Desire," with lyrics taken from a poem by would-be presidential assassin John Hinckley. It, too, will get a picture disc reissue for its 40th anniversary.

The Proclaimers, Sunshine on Leith (Expanded Edition): Though recorded and released in 1988, the second studio album by Scottish twin brothers Craig and Charlie Reid really picked up steam five years later, when the film Benny & Joon borrowed its lead track, the quirky love-song "I'm Gonna Be (500 Miles)," for its soundtrack. (The song would go to No. 3 in America.) Pressed on marbled black, white and green vinyl, this 2LP set includes a host of bonus material, from EP-only tracks to live recordings.

Electronic, Remix Mini Album: from the dynamic duo of The Smiths' Johnny Marr and New Order's Bernard Sumner (plus a guest vocal from Neil Tenant of the Pet Shop Boys), Electronic created dance floor ecstasy in the waning years of the decade. Now, six original dance remixes of tracks like "Getting Away with It," "Disappointed," "Get the Message" and more will be combined for this special EP.

Frankie Goes to Hollywood, Altered Reels: Frankie Goes to Hollywood's early material was released in a variety of formats, and some find the cassette single versions - especially of their debut U.K. No. 1 hits "Relax" and "Two Tribes" - to be superior to any other releases. Altered Reels takes the cassette programs of those two songs and puts them on their own 12" vinyl release.

Sheena Easton, The Definitive 12" Singles 1983-1987: Australian singer Easton turned over a new leaf in the mid-'80s, moving from light pop balladry to killer dance moods, working with the likes of Prince, Nile Rodgers and more. This pink double-vinyl release offers 13 remixes of hits like "Telefone (Long Distance Love Affair)," "Strut" and "Sugar Walls" plus two completely unreleased mixes and a few that never made it to vinyl originally.

Breakin': Original Motion Picture Soundtrack: There's no stoppin' you when you get this vinyl repressing of the cult classic B-boy soundtrack album, featuring cuts from Ollie & Jerry, Rufus & Chaka Khan, Re-Flex and more.