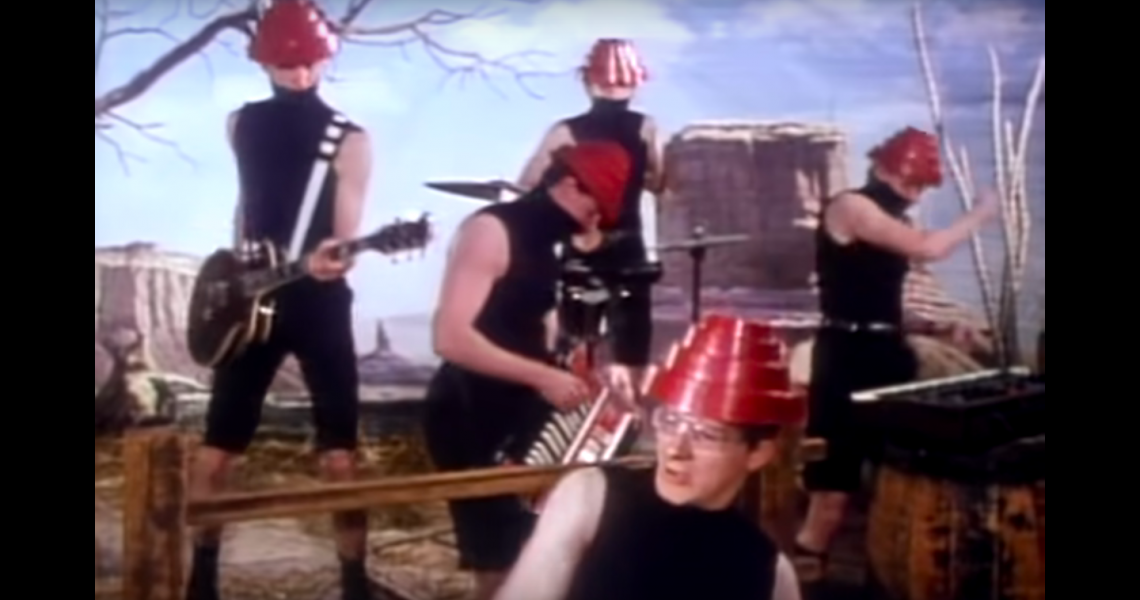 Akron, Ohio is saluting their most famous band on April 1 (no kidding), proclaiming that day to be Devo Day!

The iconic rockers formed in Akron in 1973 and captivated audiences in the late '70s and early '80s with singles like "Whip It," "Girl U Want," "Uncontrollable Urge" and many more. With the band nominated for induction into the Rock and Roll Hall of Fame, the city's now urging all citizens to cast their fan vote for the group. They've even recruited Jack Black, Fred Armisen, Tony Hawk, artist Shepherd Fairey and the Goodyear Blimp for a "DEVOtional" video.

“The City of Akron has an unbelievable sense of pride, especially when it involves the success of our people,” Akron mayor Dan Horrigan said in a statement. “We are, and will continue to be, immensely proud to be the home of Devo and will be rallying this great community to help them achieve the recognition they deserve.”

The city will also celebrate with a month-long promotion involving 50 sculptures inspired by the band's "Energy Domes" popping up throughout the town - complete with QR codes that will link to the Hall's fan vote portal - as well as an interactive Devo experience installed in Akron's downtown Bowery district.

Read More: Five Reasons Why Devo Deserves to Be in the Rock and Roll Hall of Fame