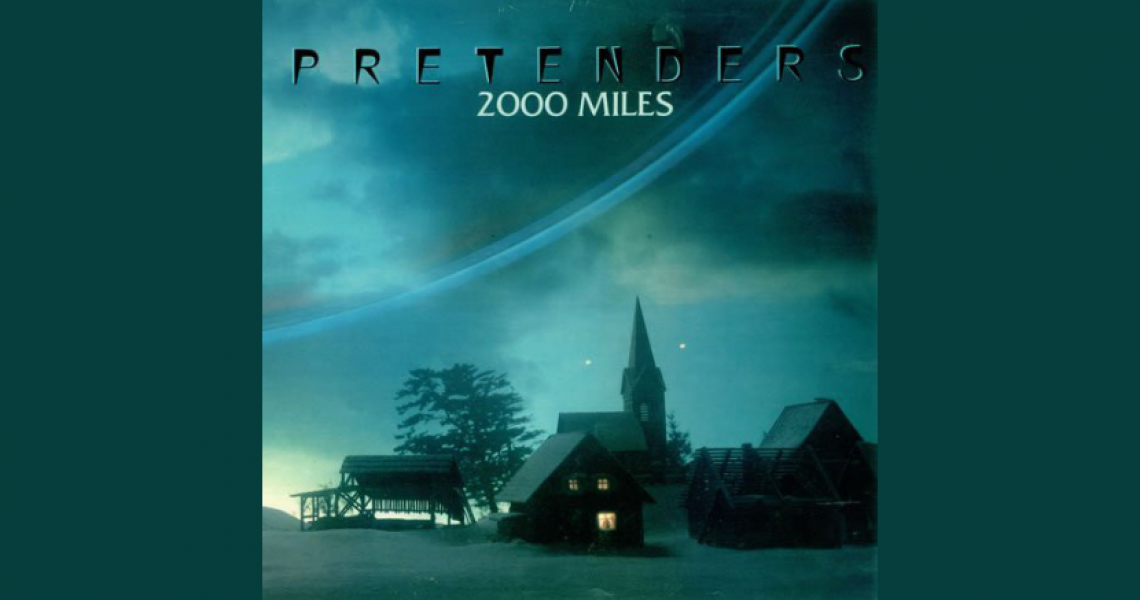 The falling snow and the appearance of jolly old Saint Nicholas in the video notwithstanding, the Pretenders' favorite "2000 Miles" wasn't exactly intended as a Christmas song.

The closing track to the band's third album, 1984's Learning to Crawl, "2000 Miles" is a tribute to one the band's founding members, James Honeyman-Scott. In 1982, two days after lead singer Chrissie Hynde fired bassist Pete Farndon for drug abuse, the guitarist died of cocaine-induced heart failure. He was only 25 years old. (Farndon himself passed away the following year.)

Hynde and drummer Martin Chambers recorded a new single, 1983's "Back on the Chain Gang," with guitarist Billy Bremmer of Rockpile and Big Country bassist Tony Butler; it became their biggest release in America. The rest of the album was recorded with guitarist Robbie McIntosh (later a sideman for the likes of Paul McCartney and John Mayer) and bassist Malcolm Foster. McIntosh's jangly guitar on the track, issued as the B-side to the track "Middle of the Road" but issued as its own single in the band's native England, was a tribute of sorts to the sound Honeyman-Scott popularized on the band's first two records.

For her part, Hynde was always cagey about explaining the track's meaning. "I wish you hadn't asked me that," she said on the Dutch show Countdown, before cryptically conceding, "It's about someone who's gone...and let's just say it's Father Christmas." U.K. audiences sympathized with the song's melancholic spirit during the holidays; the song peaked at No. 15 there upon its original year-end release, and since 2017 the song has reappeared on the country's Top 100 chart every December.

Read More: September 1986: The Pretenders Release "Don't Get Me Wrong"

And in 2014, Hynde leaned into the song's seasonal affects with a solo version, cut during the sessions to her solo debut Stockholm (recorded in the Swedish city with producer Björn Yttling of indie trio Peter Bjorn and John). "I think it captures the mood of the season perfectly as it gets cold in Sweden, reindeer wander the streets freely and the snow was coming down!" she declared in a statement when the recording was released.