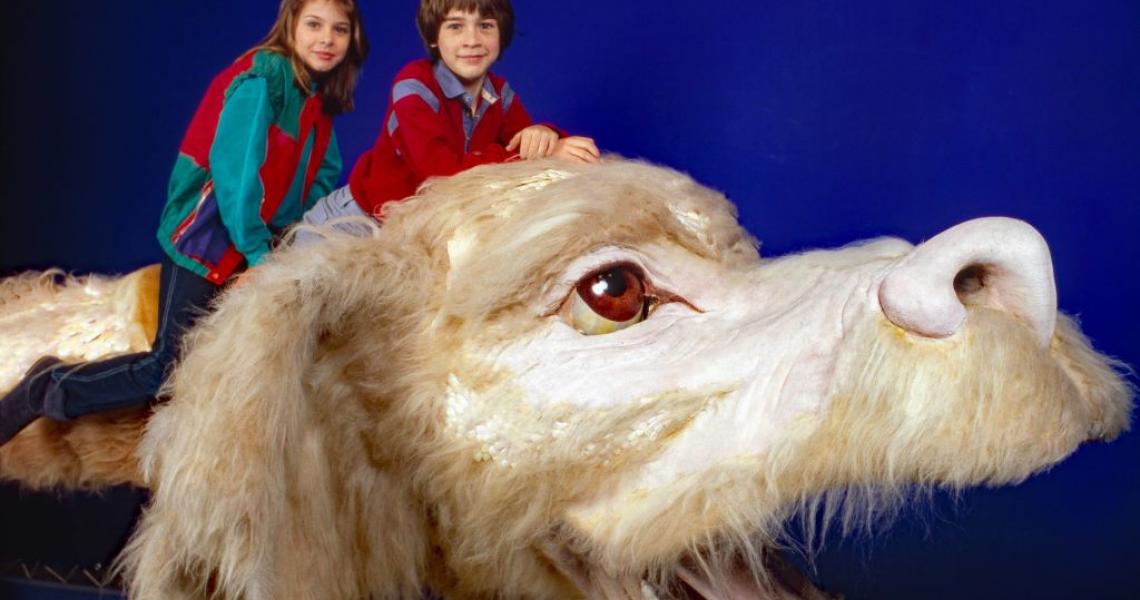 In the summer of 1984, Limahl released his most enduring solo single, the theme song to one of the most iconic fantasy films of the 1980s...or at least one of the most fondly remembered by those who were kids when it was originally released.

Before we discuss “Never Ending Story,” however, it behooves us to preface that conversation with a bit of history.

Picture it: England, the summer of 1982. A band called Kajagoogoo signs to EMI Records and gets an instant boost in street cred by securing Duran Duran keyboardist Nick Rhodes to co-produce their debut single with Duran Duran’s regular producer at EMI, a gentleman by the name of Colin Thurston. That song...was “Too Shy.”

You may now pause to feel all the feelings that rise up whenever you think about that classic piece of ‘80s synthpop, which topped the U.K. singles chart and made it all the way to No. 5 on the Billboard Hot 100. If you’re a true Kajagoogoo fan, then you may also feel free to enjoy a few moments of reminiscing about their next two singles, “Ooh to Be Aah” and “Hang on Now,” which hit No. 7 and No. 13, respectively, on the U.K. singles chart. Unfortunately, the success of the band in their native land was causing some tension within their ranks, and with the understanding that there are as many sides to a story about a band member’s departure as there are members of a band, let us say only that by the summer of ’83, Limahl was no longer within the ranks of Kajagoogoo.

That’s right: he was Kajagonegone. (Sorry. Had to be done.)

Ah, but fear not, fans, for Limahl landed on his feet even before he found his way onto a certain soundtrack, landing in the U.K. Top 20 with his debut solo single, “Only for Love,” and it’s reasonable to presume that this solo success was what led him into the studio in January 1984 to record a song co-written by Keith Forsey and Giorgio Moroder.

That’s right: it was “Never Ending Story,” the title track to the ’84 fantasy film by Wolfgang Petersen, who would subsequently direct such movies as Enemy Mine, In the Line of Fire, Outbreak, Air Force One, and The Perfect Storm, among others.

As part of the promotional blitz for the single, Limahl popped up on both the syndicated series Solid Gold as well as the long-running ABC series American Bandstand to perform two tunes, and he brought with him Beth Anderson, the female vocalist who also performs on the tune.

What’s kind of interesting, however, not to mention extremely obvious if you’ve watched the video for the song, is that the woman ostensibly delivering the female vocalizations in the video is clearly not Beth Anderson!

Since Anderson was in America, i.e. the same place where she recorded her vocals, they ended up bringing in Mandy Newton, one of Limahl’s backup singers, to lip-synch Anderson’s part. As such, this performance on Solid Gold was literally the first time Anderson had ever met Anderson!

The song went on to become an '80s classic - reaching No. 4 in the U.K. and the Top 20 in America - and remains an indelible earworm to anyone within hearing distance of the tune. In 2019, several million people were exposed to the song when it appeared in a pivotal scene in the third season finale of Netflix's Stranger Things; as a result, the song went viral, further ensuring that this "Story" never quite ends.