What Made Us Answer Stevie Wonder's "Call"? 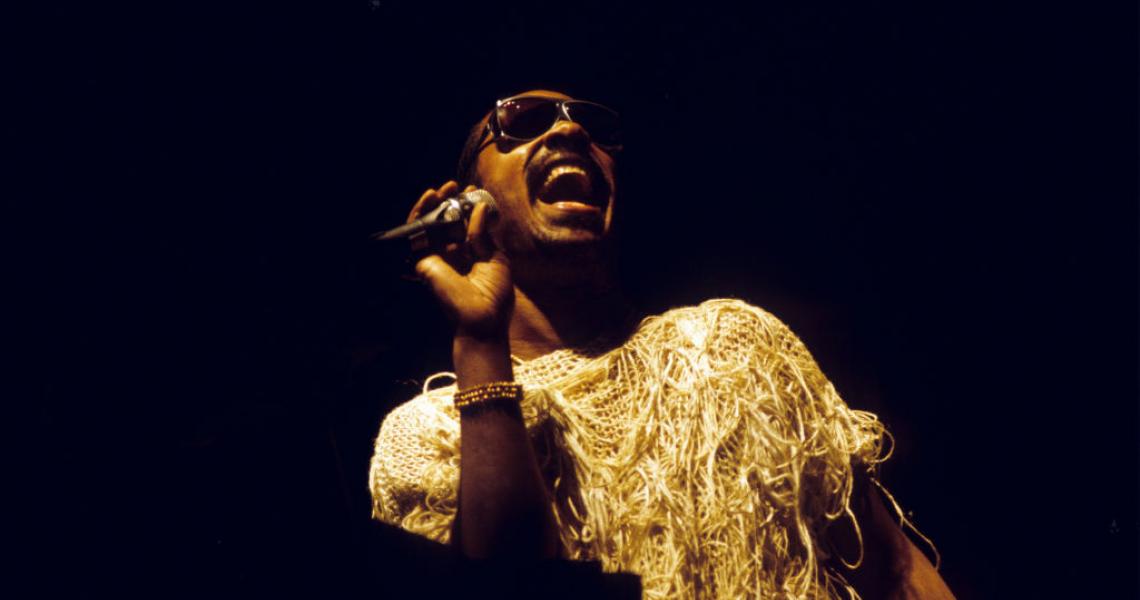 The Academy Awards for Best Original Song in 1984 were aligned with the pop charts in a way that rarely happened in Hollywood. Every nominee was a No. 1 hit on the Billboard Hot 100: Kenny Loggins' "Footloose" and Deniece Williams' "Let's Hear It for the Boy," from the MTV-ready soundtrack to Footloose; Phil Collins' powerful heartbreak ballad "Against All Odds (Take a Look At Me Now)," and Ray Parker Jr.'s supernatural smash "Ghostbusters." (That year also saw the third and final separate trophy for Best Original Song Score going to Prince's blockbuster Purple Rain.)

But the night's big winner? "I Just Called to Say I Love You," Stevie Wonder's chart-topper from the soundtrack to The Woman in Red, arguably the least-remembered movie of that year's nominees. What was it that made this "Call" so resonant?

Again, it's not the movie: The Woman in Red was a screwball comedy written and directed by and starring Gene Wilder, as an ad exec who spends the movie attempting to canoodle with women he's not married to (including model Kelly LeBrock as the title character and Wilder's real-life spouse Gilda Radner as a needy coworker). Despite recouping its budget, it was not well-liked by critics.

It's not entirely clear what compelled Wonder to lend his talents to the film, either. Just as his first soundtrack, the underrated, experimental Journey Through the Secret Life of Plants, stopped his "classic" period (during which he won a Grammy Award for Album of the Year an unprecedented three times in a row), the soundtrack album to The Woman in Red followed 1982's hits-packed collection Original Musiquarium I, chronicling his previous decade of material. As an album, Wonder's contributions are largely light and electronic, from the pulsating "Love Light in Flight" and several duets with Dionne Warwick to the unusual album closer "Don't Drive Drunk," used in public service announcements against doing just that the following year.

"I Just Called" is perhaps simpler than most of his material - a musical greeting card resting on a bed of synthesizers that's become cannon fodder for even Wonder's biggest fans. But the proof is in the pudding: the simple message of a love that endures in all seasons (and needs no reason to express itself) went over big with the record-buying public in 1984 - and even if you want to argue with the 20 countries that took it to No. 1, why would you want to? Seriously - we mean it from the bottom of our hearts.