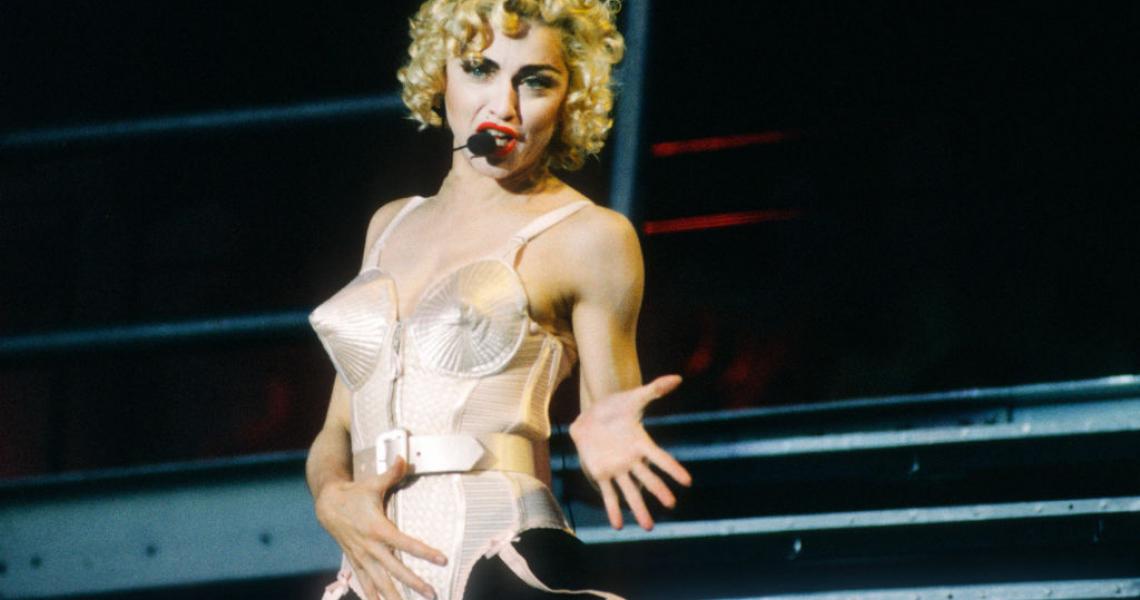 On May 24, 1991, Madonna made a shift in her Hollywood career, setting aside acting in favor of reality - or some approximation thereof - with the release of Truth or Dare, a documentary by Alek Keshishian about the singer’s Blonde Ambition tour.

There’s really no such thing as a typical year in the life of Madonna, but 1991 certainly seemed to start out in a very familiar way: less than a week into ’91, she’d already scored a No. 1 hit with “Justify My Love,” the steamy single from 1990's greatest-hits set The Immaculate Collection; when she released her next single, “Rescue Me,” a few months later, it debuted at No. 15, making it the highest debut for a song on the Billboard Hot 100 since the Beatles’ “Let It Be.” As such, it really should surprise no one that when she released her documentary, it became the highest-grossing documentary of all time for the subsequent 11 years, when it was supplanted by Michael Moore’s Bowling for Columbine.

Oh, right, and between those two things, she attended the Oscars with Michael Jackson and - while she was there - performed “Sooner or Later,” one of her contributions to the soundtrack to Dick Tracy, which subsequently won an Oscar for its composer, Stephen Sondheim.

No big deal. Just another year for Madonna. But about that documentary...

Madonna: True or Dare - or possibly In Bed with Madonna, if you lived outside America - was originally intended to be a traditional concert film, but when the aforementioned Mr. Keshishian observed the backstage life of Madonna’s live performances, he convinced her that she should let him focus on that aspect of her tour instead.

Funded by Madonna herself, it definitely wasn’t a true look behind the curtain, because it’s unlikely that she would’ve allowed too much of herself to be revealed...and that’s not necessarily our opinion, it’s based on Warren Beatty’s famous quote about how Madonna “doesn’t want to live off camera,” as well as something Madonna herself once told MTV’s Kurt Loder: “Even if the camera followed me around for my entire life, how can you ever really completely know me?” That said, it provided the world at large with way more a look into the one-time Material Girl than anyone had ever seen before...for better or for worse.

As far as the latter category, it’s fair to say that there were at least a handful of folks who were less than impressed with Madonna’s feelings about Kevin Costner, who made her acquaintance backstage after a performance and referred to the show as “neat,” after which - following his departure - she said dismissively, “Anyone who says my show is ‘neat’ has got to go.”

(It's worth noting that about 10 years later, Costner went to see Madonna in concert again. Knowing he was in the audience, she made an onstage apology to him. “I never wrote her to say thank you, but I appreciate it from the bottom of my heart, and that meant more to me than you could ever know,” he told the Los Angeles Times.)

When Roger Ebert reviewed Madonna: Truth or Dare, he gave it three-and-a-half stars and a thumbs-up, writing, “Madonna, who has had such success portraying a series of sexual roles and personalities, seems asexual on a personal level. A voyeur rather than a participant. Control and power are more interesting to her than intimacy. When she manipulates the minds of a stadium full of fans, that’s exciting. It’s not the same, working with one person at a time.”

Say what you will about Truth or Dare, but it was a major moment in music documentaries, one which helped to provide a new template for the genre. But that’s kind of Madonna’s thing, you know?