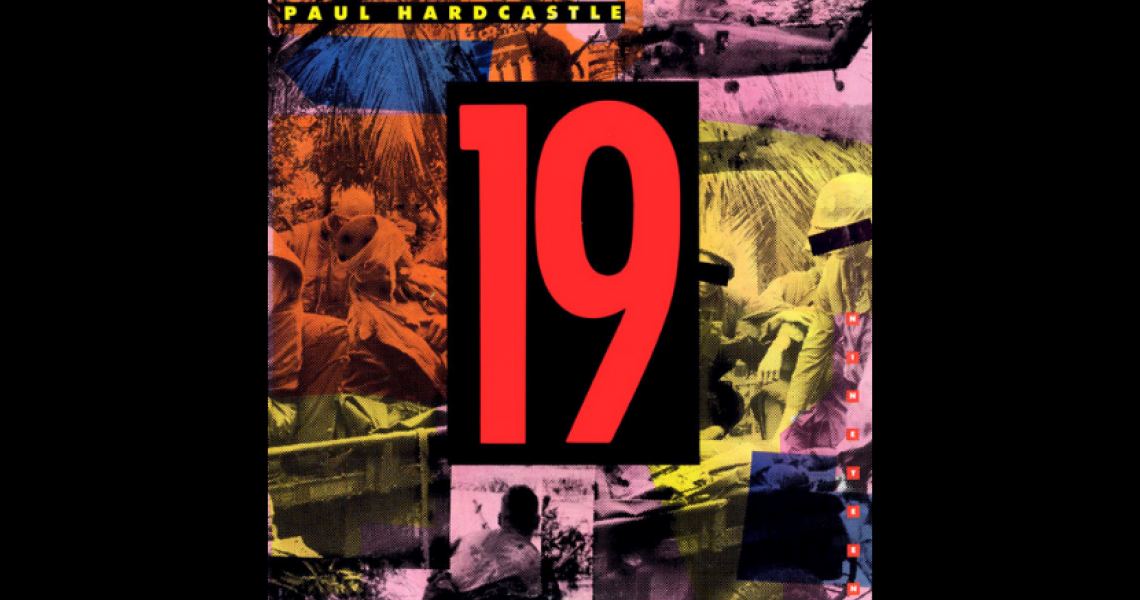 British musician Paul Hardcastle (born Dec. 10, 1957) was in the midst of a hospital stay in 1982 – the result of a motorcycle crash – when he came upon the documentary Vietnam Requiem on television one night. The film followed the lives of five American Vietnam War veterans who suffered from post-traumatic stress disorder, and who were in prison for crimes they committed after returning home.

One statistic in the movie was particularly resonant with Hardcastle: according to the filmmakers, the average age of an American combat soldier in World War II was 26 years old; in the Vietnam War, that age was 19. “I was out having fun in pubs and clubs when I was 19,” Hardcastle told The Guardian, “not being shoved into jungles and shot at.”

After his convalescence ended, Hardcastle began working on music, chopping up pieces of the film’s narration and playing them over a brew of synthesized riffs and electronic percussion. The song’s main hook – the stuttering repetition of the word nineteen – came from some experimentation with a piece of equipment.

“I used an E-mu Emulator,” Hardcastle recalled, “an early type of sampler that had a two-second limit when it came to doing samples. That's why the hook was ‘N-n-n-nineteen.’ It was the only bit of the narrative that made sense in two seconds.”

That hook caught the ear of video editor and promoter Ken Grunbaum, who was immediately taken with the rough version of the track Hardcastle played for him. “I had a ‘What the heck?’ moment,” Greenbaum recalled. “These were the early days of spoken-word sampling; the general public had never heard anything like it.”

The song, titled “19,” was accompanied by a Greenbaum-edited video, which pieced together footage from the Vietnam Requiem documentary. “Not only did ‘19’ sound unlike anything else on the radio,” Greenbaum said, “it also told a story. But, because it wasn't a performance song with a band standing there, it needed a video. So I edited one from the documentary.”

“19” was an enormous hit in England, where it topped the national singles chart for five weeks. It was also an international sensation, hitting No. 1 in eleven countries. In the U.S., it topped out at No. 15 on the Billboard Hot 100 singles chart.