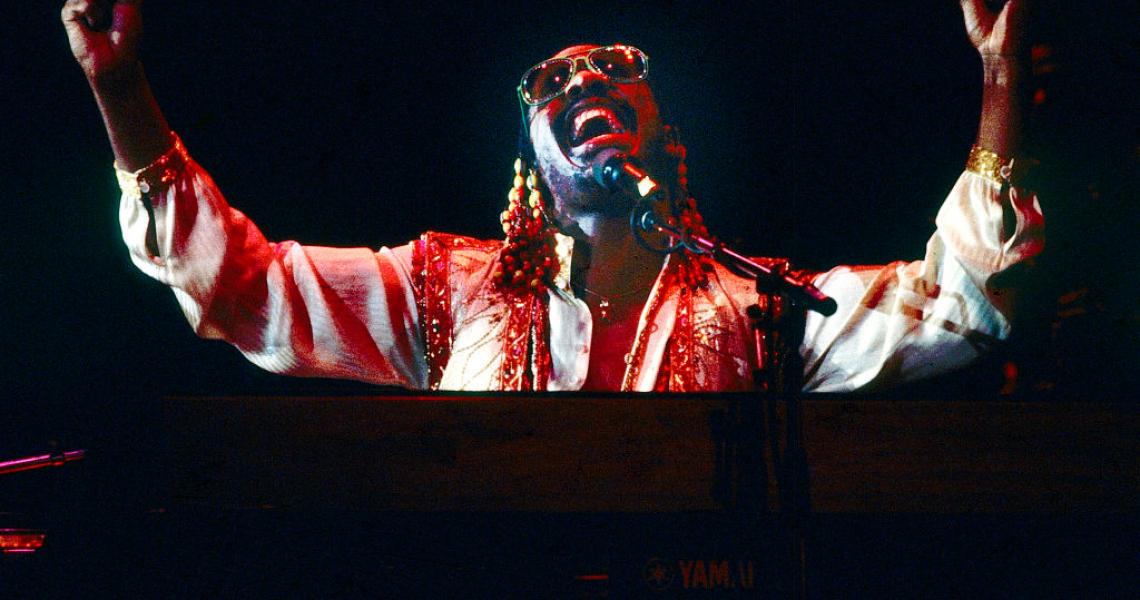 Stevie Wonder needed no proof of his blockbuster bona fides in the '80s - but his eight and final career No. 1 proved it in a big way.

READ MORE: What Made Us Answer Stevie Wonder's "Call"?

When the Motown legend dropped "Part-Time Lover" off his 1985 album In Square Circle, he was only a year removed from his latest smash: the chart-topping (and Oscar-winning) "I Just Called to Say I Love You." But if that song baffled audiences with its simplicity and sentimentality, "Part-Time Lover" was a strong about-face. Well-known for his love of technology, Wonder wrote, produced, recorded and sequenced the whole thing himself, creating a dense bank of synthesizers and drum machines to propel this slinky, danceable track about the exploits of some philandering romantic partners.

But he was hardly alone on the final track, either: in addition to his soaring lead vocal, Wonder recruited a fistful of talented singers to offer smooth background vocals, including his ex-wife Syreeta Wright, the keening tenor of Earth, Wind & Fire singer Philip Bailey and even Pete Byrne of British synthpop band Naked Eyes. And the cherry on top: a jazzy scat-singing hook from Luther Vandross - a renowned backing singer since the '70s and an increasing presence on the pop and R&B charts as the '80s wore on.

READ MORE: January 1986: Dionne Warwick and Friends Come Together at No. 1

"Part-Time Lover" smashed several records after its release. On Nov. 2, 1985, the track topped the Billboard Hot 100, and would also top the magazine's R&B, dance and adult contemporary singles charts - the first time one song made it to the top of four different surveys. And when it rang the bell on the Hot 100, Wonder further made history for the longest span of time between chart-toppers, having first reached the summit with his 1963 breakout "Fingertips, Pt. 2" a stunning 22 years and three months before "Lover" made its leap. (That record was broken only a few years later when The Beach Boys released "Kokomo.")