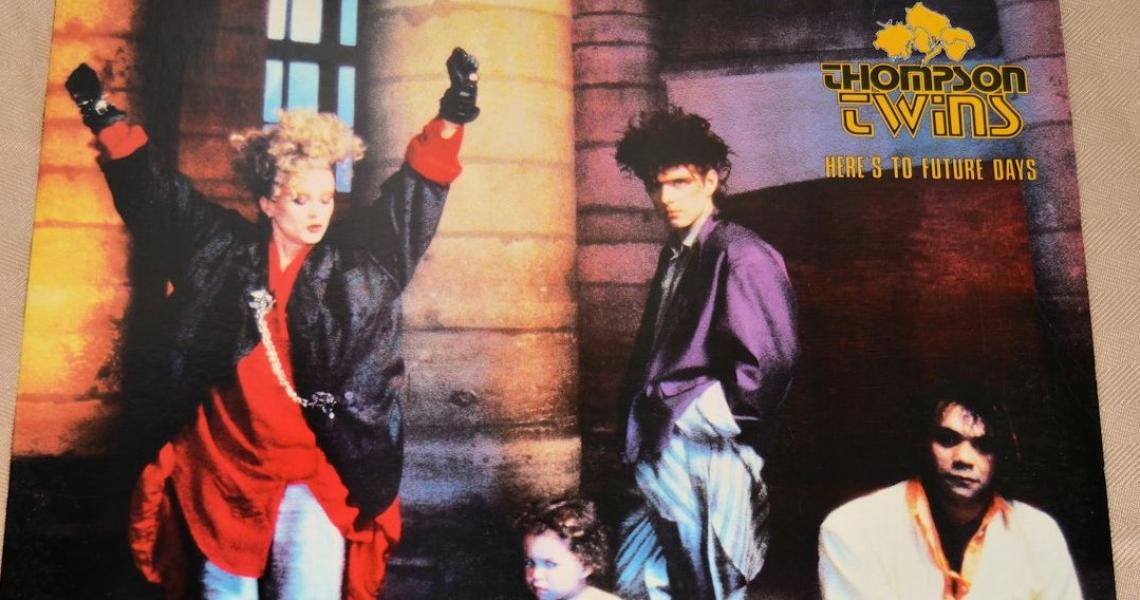 By 1985, British New Wave act Thompson Twins had emerged from the dance-club underground to become legitimate modern rock stars. The band's fourth full-length, Into the Gap (1984) had been a worldwide hit, producing hit singles including "Hold Me Now" and "Doctor! Doctor!"

Making the band's fifth studio effort would take a toll; in March 1985, singer Tom Bailey collapsed in a British hotel room. He was later diagnosed with nervous exhaustion. After his recovery, the group sacked their long time producer, Alex Sadkin, and brought in Nile Rodgers to handle production.

While the singles "Roll Over" and "Don't Mess with Doctor Dream" failed to connect in America, Thompson Twin rebounded nicely with "King for a Day," which peaked at #8 on the Hot 100 for the week of March 22, 1986. The #1 song in America that week: Heart's "These Dreams."

The last single from Here's to Future Days, a cover of the Beatles' "Revolution," failed to chart in both America and the UK. The group performed the song at the massive Live Aid charity concert over the summer 1985. Joining them for the performance: Madonna, Nile Rodgers, and Steve Stevens.

Where Into the Gap peaked at #10 in America, Here's to Future Days struggled to reach #20. After its release, band member Joe Leeway left the group, making it the last Thompson Twins album to feature the group's most well-known and most successful lineup.