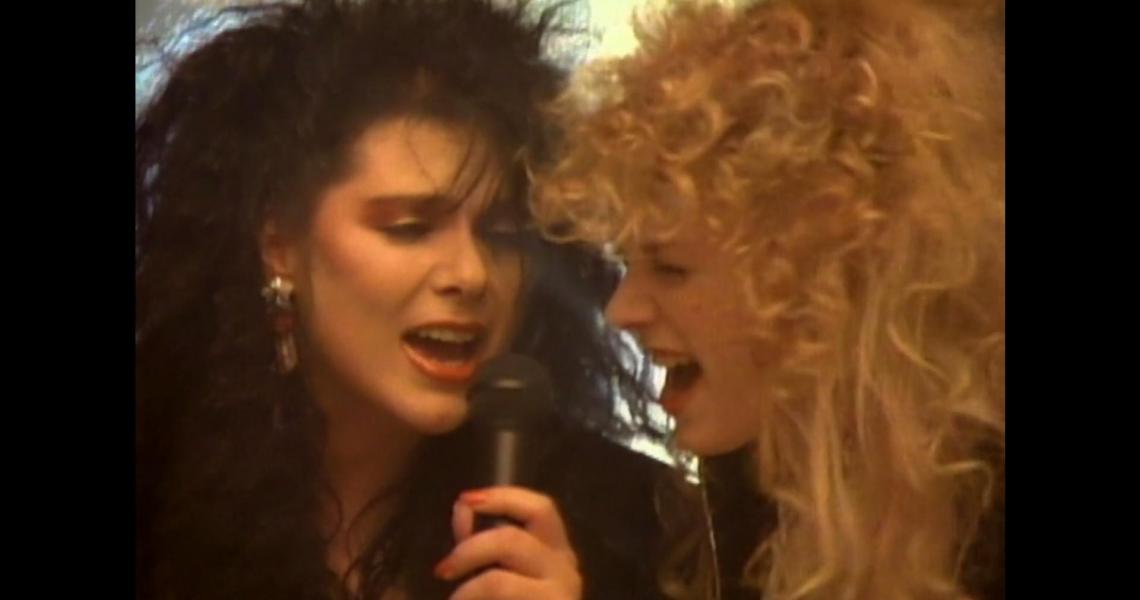 The band Heart had scored a major comeback hit with "What About Love," the lead single from the group's self-titled 1985 album. Cruising all the way to #10 on the Hot 100, it was the act's first top 10 hit in five years.

When it came time for the band to release the second single from their first full-length on the Capitol label, Heart scored an even more direct hit with "Never." Released on September 14, 1985, the song flew up the charts, peaking at #4 for the week of December 7, 1985. The #1 song in America that week: Mr. Mister's "Broken Wings."

Heart's road back to the top of the charts was not an easy one, however. The band's new contract laid out in no unspecific terms just how much say Capitol had in all of the band's moves, including introducing outside songwriters.

"They had done an album called Passionworks, and it didn't live up to Epic's expectations," explained songwriter  Ron Nevison, who penned the tune with Holly Knight, Gene Bloch and "Connie," a pseudonym for the Wilson sisters. "It just didn't have the grit that it needed, so, they dropped them. That's when they got a new manager, Trudy Green, they got a new producer, me, and a new A&R guy at the record company, Don Grierson. And Don told them, 'I'll sign you if we can mutually agree on the producer, and mutually agree on the songs.' That meant that they had to be open to co-writing and outside songs. And I came up with a couple of songs, and Don came up with a song or two, Holly Knight wrote with the girls, and we upped the quality of the songwriting. That's exactly what they needed. They weren't that happy with the fact that they weren't the writers - their egos were bruised by it. But that's kind of what happens."

FUN FACT: There's a reworked version of "Never" that was a bonus track on the Japanese edition of Heart's 1995 live album, The Road Home: "Only in that version of 'Never' did the song get the rootsy vibe that stands up to time," according to Nancy Wilson.