September 1983: The Eurythmics Hit #1 in America with "Sweet Dreams (Are Made Of This)" 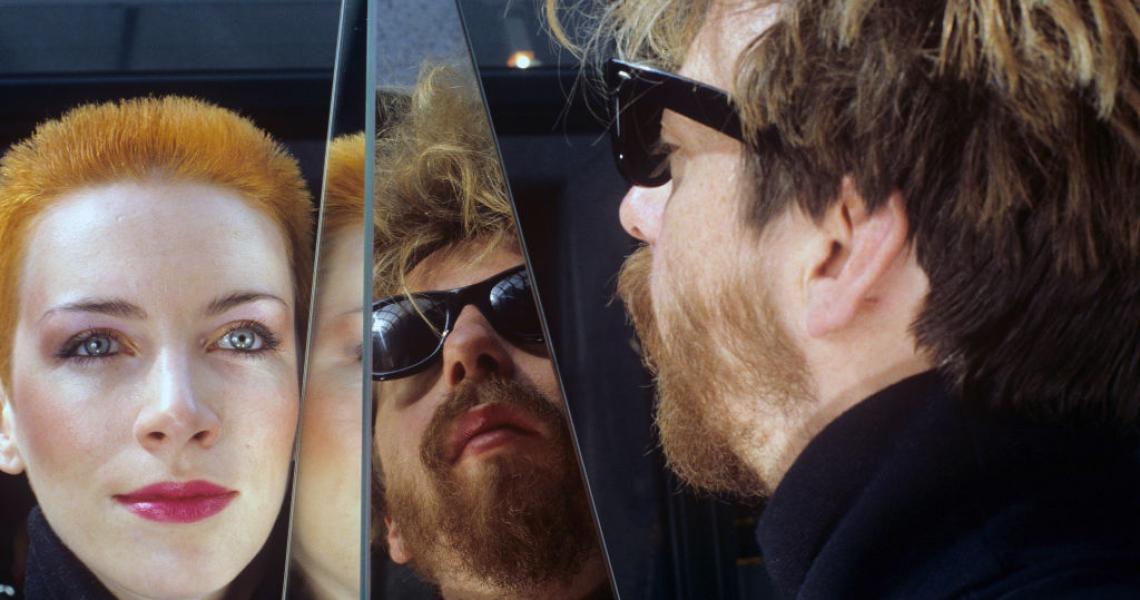 Annie Lennox and Dave Stewart of the Eurythmics had hit what felt like rock bottom. Their previous band, the Tourists, had broken up. They'd just broken up as a couple. At an early gig, they played to exactly four people, and were caught in a blinding snowstorm on the way back from the show.

"It was 6am and Annie was crying," Stewart remembered for The Guardian. "I realized we needed some proper equipment, so we went to see the bank manager. Sat in his office, we were this odd couple. I was taking speed. Annie wasn’t. Amazingly, he lent us £5,000. I couldn’t get any of the new equipment to work. By this point, Annie was totally depressed. She was curled up on the floor in the fetal position when I managed to produce this beat and riff. She suddenly went: 'What the hell is that?' and leapt up and started playing the other synthesizer. Between the two dueling synths, we had the beginnings of 'Sweet Dreams (Are Made of This).'"

Released as a single in America in January 1983, Stewart credits a Midwestern radio jock for breaking the tune in America: "We thought we’d done something miraculous, so were disillusioned by other people’s initial reactions to it. The record company said there wasn’t a chorus, so they didn’t see it as a single. But when a radio DJ in Cleveland kept playing it from the album, his studio phones lit up. The label relented, it was a global hit and No 1 in the US."

Indeed, as "Sweet Dreams (Are Made of This)" charged up the Billboard Hot 100 to knock the Police's "Every Breath You Take" from the #1 spot after a two-month run for the week of September 3, 1983. The Eurythmics held that spot for one week before being dethroned by Michael Sembello's Flashdance hit, "Maniac."

"People went bonkers for the video, which was constantly on MTV," Stewart added about the song's famous promo clip. "I wanted to make a commentary on the music business but also make something a bit performance art – weird and dreamlike. So we mocked up a record-company boardroom in a studio in Wardour Street and put a cow in it, to signify reality. There we were: Annie and I laid flat on a table, and this cow, which was peeing everywhere."

For Lennox, the song was a cry of desperation over the state of her life and career at the time: " We were massively in debt, and I’d come across some real monsters in the music business. I’d lived in so many bedsits and was desperately unhappy. I felt like we were in a dream world, that whatever we were chasing was never going to happen. All this poured into 'Sweet Dreams,'" she added.

"From that first line, it’s not a happy song. It’s dark. 'Sweet dreams are made of this' is basically me saying: 'Look at the state of us. How can it get worse? I was feeling very vulnerable. The song was an expression of how I felt: hopeless and nihilistic. 'I traveled the world and the seven seas, everybody’s looking for something' was about how we’re all in this perpetual state of seeking. It’s about surviving the world. It’s not a normal song so much as a weird mantra that goes round and round, but somehow it became our theme song."

As the for the duo's striking visual image in the music video, Lennox said it was all very calculated and purposeful: "We wanted our visual statements to be strong and powerful, because we knew they’d be there forever. I wore a suit in the video with my cropped hair. I was trying to be the opposite of the cliche of the female singer. I wanted to be as strong as a man, equal to Dave and perceived that way. Wearing wigs and taking them off again was about the affectations that women create to become acceptable or beautiful to men, about removing masks and how none of it is real."