Rod Stewart Ended the '80s with a Hits-Packed Box Set 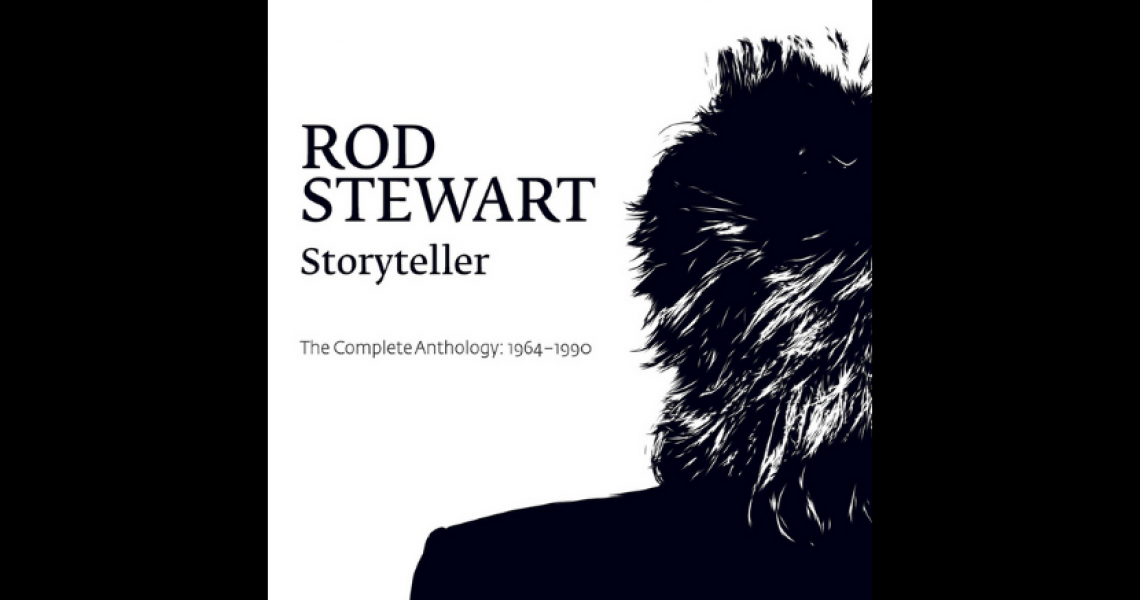 By the end of the '80s, Rod Stewart kept his hot streak going into a third decade, most recently with the MTV-ready rock album Out of Order in 1988. What was he going to do next?

Turns out the answer was in the hottest trend in classic rock music at the time: bless a CD box set offering an overview of his career thus far. That same year Out of Order was released, compact discs started outselling vinyl. And bolstered by career overviews like Bob Dylan's Biograph and Eric Clapton's Crossroads - which balanced familiar hits and favorites with never-before-heard material - the box set trend was in vogue. The future Sir Rod was, too - and so Storyteller: The Complete Anthology 1964-1990 landed in stores in time for Christmas 1989.

The four discs collect the cream of Rod's career up to that point, from his debut solo single (a cover of Sonny Boy Williamson's "Good Morning Little Schoolgirl") leading through his work with the Jeff Beck Group and Faces, and winding through all the solo records he'd made up to that point. Rod also offered wry commentary on the tracks in the set, too. It was, of course, the first time a lot of that material was available on CD, and it did feature a handful of rarities for the most devoted collectors.

For fans of his early material, there was a genuine find in a recording by Steampacket, a short-lived band featuring Stewart and British bluesman Long John Baldry. Their cover of "Can I Get a Witness?" is one of the only known studio efforts of the ensemble.

Rod's mastery at song interpretations is evident throughout the set, with rare covers of The Beatles ("Get Back"), The Who ("Pinball Wizard") and the Bee Gees ("To Love Somebody," an unreleased track cut with the help of Booker T. & The MG's).

The last disc effortlessly sums up Rod's journeys into New Wave and pop through the '80s and includes three brand-new songs: an update of Atlantic Crossing favorite "I Don't Want to Talk About It"; a take on The Isley Brothers' "This Old Heart of Mine," done as a duet with Ronnie Isley himself; and a striking cover of Tom Waits' "Downtown Train."

Amazingly, for a box set, those latter two songs managed to become legitimate hit singles, with "This Old Heart" reaching No. 10 and "Downtown Train" peaking at No. 3. (The latter song also earned Rod a Grammy nomination for Best Male Pop Vocal Performance.) Altogether, the box was a bestseller, selling more than half a million copies.

Rod's not stopped releasing music since Storyteller - his newest album, The Tears of Hercules, is out on Nov. 12 - but if you've got the time and the interest to check out a solid overview of his first three decades of music, this is the one to beat.