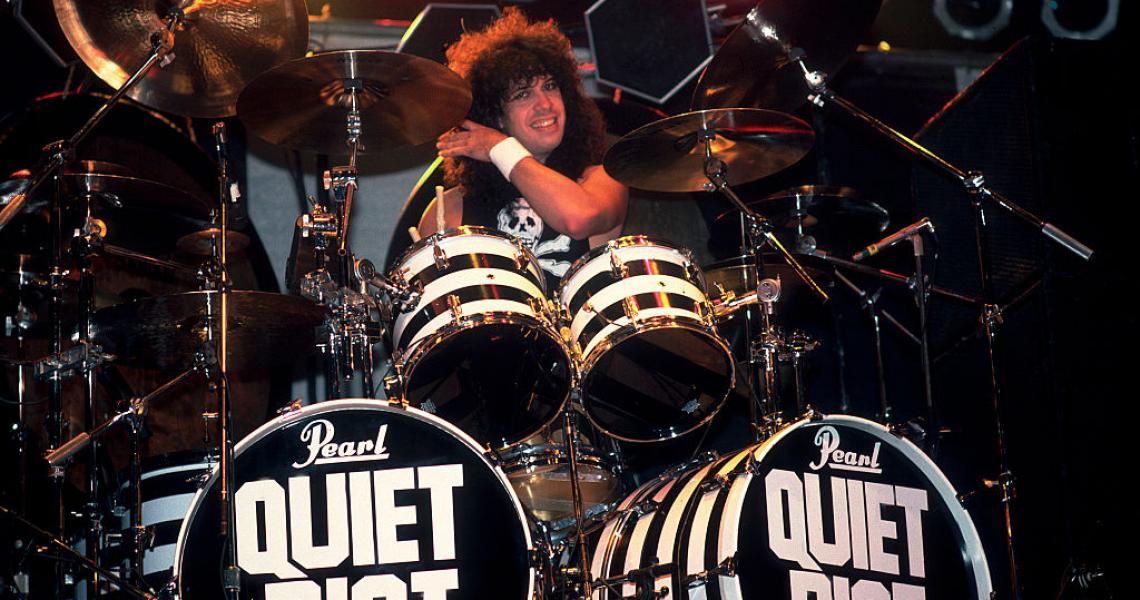 It's a sad day in the rock and roll world with the news that Quiet Riot drummer Frankie Banali. The rocker was battling pancreatic cancer, and was 68 years old.

News of Banali's death arrived in a statement from his widow, Regina:

"He put up an inspiringly brave and courageous 16-month battle to the end and continued playing live as long as he could. Standard chemotherapy stopped working and a series of strokes made the continuation on a clinical trial impossible. He ultimately lost the fight at 7:18PM on August 20th in Los Angeles surrounded by his wife and daughter."

While not a founding member of the group, Banali joined Quiet Riot just in time to enjoy the band's massive success with 1983 smash album, Metal Health. He's been in and out of the band for years, taking time to join shock-rockers W.A.S.P. for seven albums.

"Frankie is survived by his devoted wife Regina, loving daughter Ashley, many dear friends, dedicated fans, and a menagerie of rescue animals all of whom are family," the statement continued. "He was a long time advocate for animal rescue, a spokesperson for the Pancreatic Cancer Action Network, and a sponsor of Children International. Donations in his name are encouraged for Fixnation.org, Pancan.org, Children.org. His wish for everyone is that you be your own health advocate for early detection so you may live long and rescue many animals."

Thoughts, prayers and condolences to Banali's family and friends.