Remember When Starship Took ‘Mannequin’ Wedding Song to No. 1 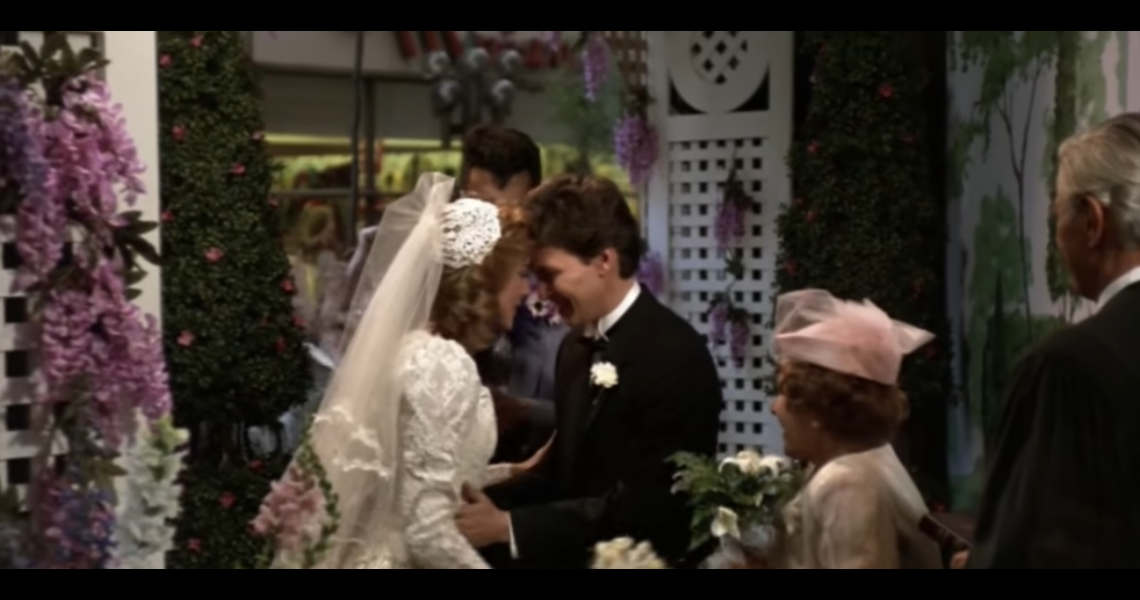 The 1987 Andrew McCarthy/Kim Cattrall comedy flick Mannequin was not your typical Hollywood love story. In the film, McCarthy’s department store display artist falls in love with one of his mannequins, who comes alive whenever the two of them are alone. It was a strange conceit, but an unlikely hit, bringing in nearly $43 million in ticket sales, against a production budget of only $8 million.

Starship’s “Nothing’s Gonna Stop Us Now” became the big hit from the film’s soundtrack – a No. 1 smash in five countries, and a Top 5 hit in seven more. In the U.S., it became Starship’s third No. 1 (after “Sara” and the immortal “We Built This City”), and a big radio tune in the winter and early spring of 1987. It even earned an Oscar nomination for Best Original Song. In the U.K., it was even bigger, flying up to No. 1 and becoming the second-biggest-selling single of the year.

“Nothing” was written by Diane Warren and Albert Hammond, who were given the film’s script and asked to write a song for [SPOILER ALERT] the wedding scene at the movie’s conclusion. The context of the scene gave Hammond an immediate idea.

“I … had lived with [fiance] Claudia for seven years,” he wrote on his website,”[and] had finally gotten divorced from my other marriage and was thinking of writing a song, not for anybody to record, but just for me to sing and make a demo for our wedding.”

He went to Warren with twin ideas – the onscreen wedding and his own impending nuptials.

“What I said to Diane was ‘It's almost like they've stopped me from marrying this woman for seven years, and they haven't succeeded. They're not gonna stop me doing it,’" he recalled. “That's when suddenly ‘Nothing's Gonna Stop Us Now’ came up. We had no idea Starship was gonna do it either, by the way.”

Starship did “do it,” recording the track as a duet between singers Mickey Thomas and Grace Slick.

Producer Narada Michael Walden got the call to produce the song, and was quite happy to do so. “I always dug that '60s thing with Grace Slick,” he told Songfacts in a 2012 interview. “She's a very outspoken woman. We're all from the Bay Area, so it's like family.”

Walden mostly used studio musicians to build the track, and played the drums himself. Then he brought Slick in to lay down her vocal.

“I got Grace to come in, flipped it around so instead of the low part, she wound up singing the highest part,” he recalled. “I gave her the highest part and she just killed it. That's when I realized it could be a smash. And when I got happy in the studio, she got happy.”

Walden was no stranger to hit singles, having produced smashes for Whitney Houston, Aretha Franklin, and Jermaine Stewart, among others.

“Having a hit never surprises me,” he said. “I don't mean to sound overconfident, but I feel like everything I work on is a No. 1. I put that kind of energy into it. I get chills and I get the feeling and I get the vibe, and then it's just a matter of whether the timing is right. From my side I'm always shooting for No. 1. If it doesn't happen, then it's just not the right divine timing.”

If that’s true, then the “divine timing” was right in 1987 for a defiant love song to soundtrack a wedding between a Brat Packer and a onetime mannequin – only in Hollywood.