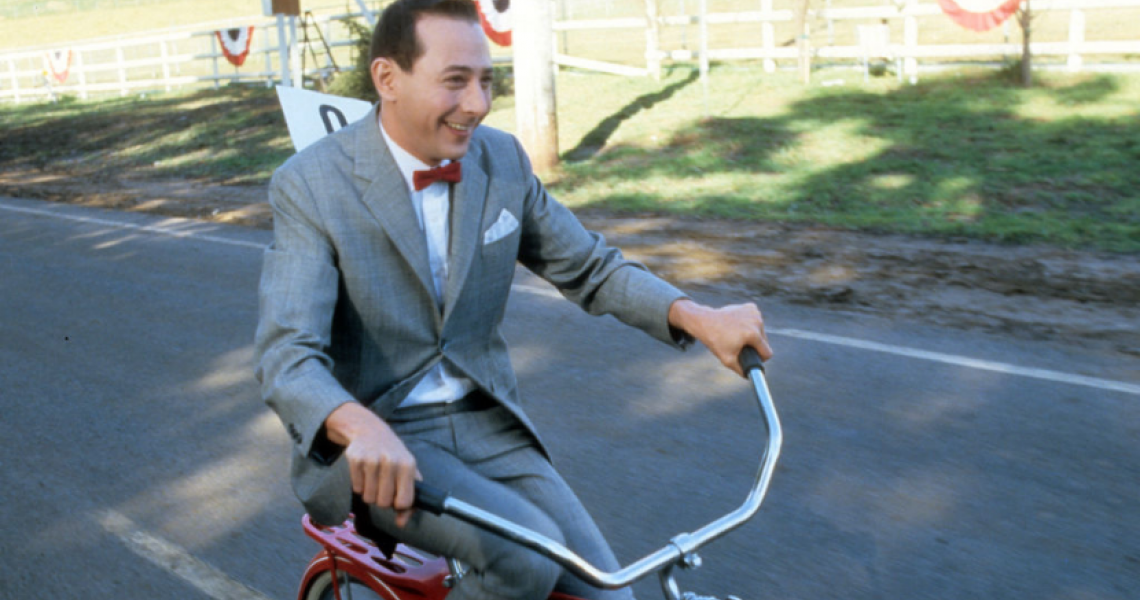 If you've not tuned in to terrestrial radio in awhile, here's a good excuse to check out the airwaves: '80s icon and eternal man-child Pee-wee Herman is getting a guest DJ slot on Santa Monica, CA station KCRW-FM.

The show - currently slated as a one-off to be broadcast on the station Friday, Nov. 26 at 6 p.m. PT and availale on-demand afterward - will feature the lovable gray-suited, bow-tied Herman (created and portrayed by comedian Paul Reubens) along with some friends from his series Pee-wee's Playhouse. (Chairry, Magic Screen and Miss Yvonne are confirmed to appear, along with as-yet-unnamed "super famous" special guests.)

"I mailed [KCRW] a letter, which got lost (apparently!), and then tagged them on Twitter and THEN they didn’t believe it was me until my biggest, bestest, most amazing fans called and called and jammed up their phone lines (hee hee)!" Herman said in a statement.

Pee-wee was an unlikely star throughout the decade, wowing audiences with his quirky L.A. stage show (which was recorded and broadcast as a special on HBO in 1981). Reubens parlayed the show's success into two films - including the 1985 classic Pee-wee's Big Adventure, the directorial debut of Tim Burton - and the acclaimed children's program Pee-wee's Playhouse, winner of 12 Emmys. Reubens retired the character after a 1991 arrest, but revived Pee-wee in the late '00s for several projects, including a New York revival of his original stage show and a 2016 film for Netflix.