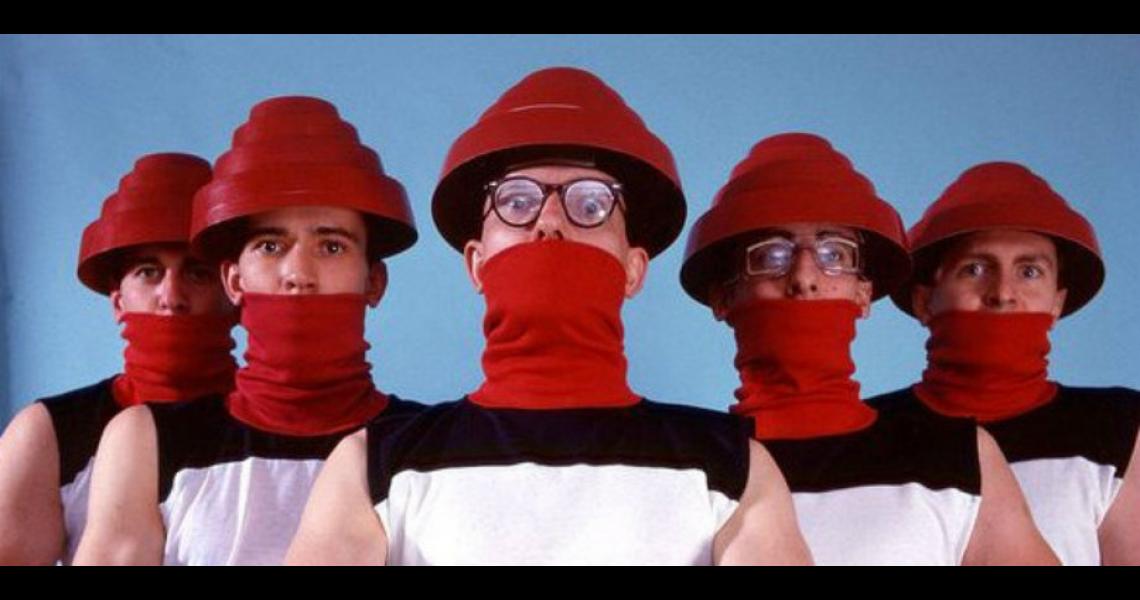 This week on Totally 80's: The Podcast, mega-hit songwriter Sam Hollander joins Totally 80's podcast host Lyndsey Parker and John Hughes to break down the phenomena of one-hit wonders. Devo! Dexys Midnight Runners! a-ha? OXO? Who are your favorite one-hit wonders from the decade, and which acts have gotten this tag unfairly? Join the debate - listen to the full podcast below.

PARKER: "The man, the myth, the legend. I'm going to just say it right now. I looked at your Wikipedia page. You were the musical director on smash. I'm impressed. You've done many other amazing things and we can edit that out if you didn't appreciate that..."

PARKER: " You are the songwriter behind just about every huge hit of the past 10 years, including Fitz and the Tantrums' "Handclap," Panic! at the Disco's "High Hopes," One Direction's "Rock Me," Good Charlotte's "Sex on the Radio" plus songs for Trane, Violent Femmes, Cobra Starship, Weezer.

You were involved with "Shake It" by Metrostation. The most 80's song to not actually be recorded in the 80's - such a good song. I still watch it every once in a while.

HOLLANDER: "I'll watch it like a week ago on YouTube just to get myself into good man with some record label cat. And he said to me in 2009, when Gaga was on tour, on the tour bus, the anthem was "Shake It." They would play it over and over and over again. She has never called called. If Gaga calls..."

ON HOLLANDER'S FRIEND THAT INSPIRED HIM TO HOP ON THE 80'S PODCAST:

HOLLANDER: "Of course, my BFF Adam Schlesinger appeared in Episode One. And my uncomfortable jealousy kicked in. It's awkward for both of us. [Laughs]  And I felt, you know, man, these are my people. This is my tribe. I need to express my opinions.  I'm honored to be here. I'm shaking with enthusiasm."

ON CLARIFYING THE TERM 'ONE-HIT WONDER':

PARKER: "The term one-hit wonder gets batted around in a way that sometimes I don't like. Like for instance, Devo's "Whip It" is not a one-hit wonder. They have been nominated for the Rock and Roll Hall of Fame."

HOLLANDER: "What do you deem a hit?"

PARKER: Well, see technically, I guess the Billboard term, like when VH1 or Rolling Stone do their lists. Is it Top 40 John or is it Top 100?

HUGHES: By those strict definition rules, Devo is a one-hit wonder. "Working In A Coal Mine" got to No. 41. That's their second biggest hit.

HUGHES: "'Freedom of Choice' peaked at 101 on the Bubbling Under chart."

HOLLANDER: "Wow. By the way, just as a songwriter, I can tell you whenever you see something on the Bubbling Under - tough, it's tough to stomach. I just want to vomit."