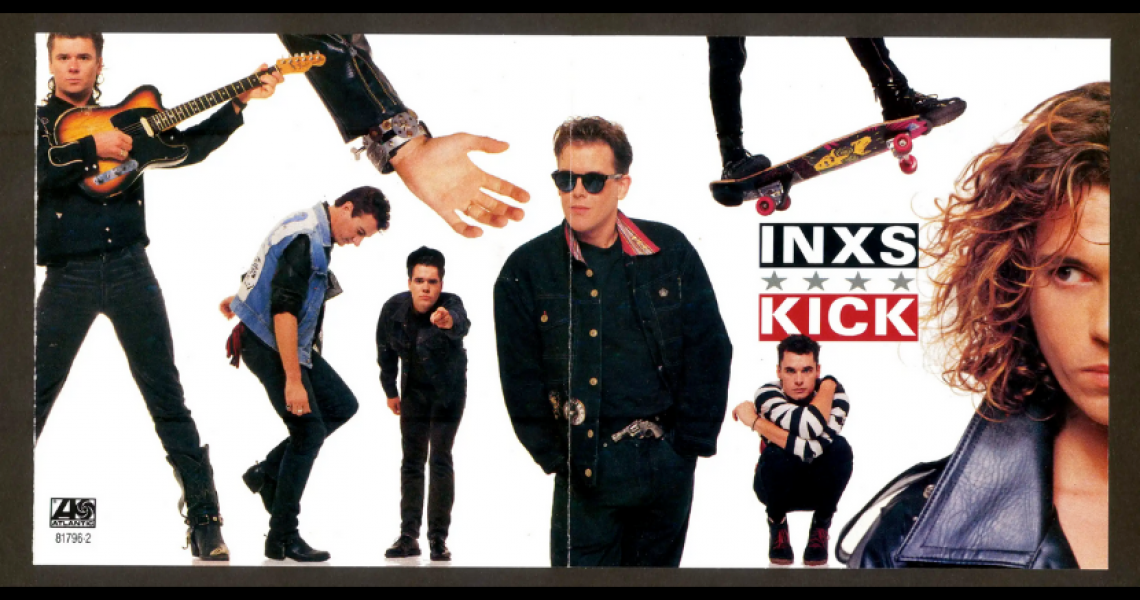 Viewers of HBO's teen drama Euphoria might have done a double-take at a somewhat-redesigned cover of a classic '80s pop album.

Wtf is this album cover, Euphoria? I almost thought I had my first undeniable Mandela Effect! pic.twitter.com/AxD6oqgDO9

As comedian Eliza Skinner noted on Twitter on Monday (Jan. 24), a shot of a CD jukebox on the series' latest episode, which aired the night before, featured INXS' blockbuster Kick (1987). But you don't have to look too close to realize the "cover" in question is a very obvious re-staging. That's not the same skateboard, and none of those men are part of the Australian band. (Michael Hutchence, with a mustache...who could imagine?)

These kind of things are not uncommon on TV. Viewers noted last year that an episode of Sex and the City reboot ...And Just Like That featured a slightly redesigned cover of Todd Rundgren's Something/Anything? while playing its classic tune "Hello It's Me." But INXS were an incredibly visual (and, let's face it, good-looking) band. Wouldn't you do a double-take if you saw this out and about?