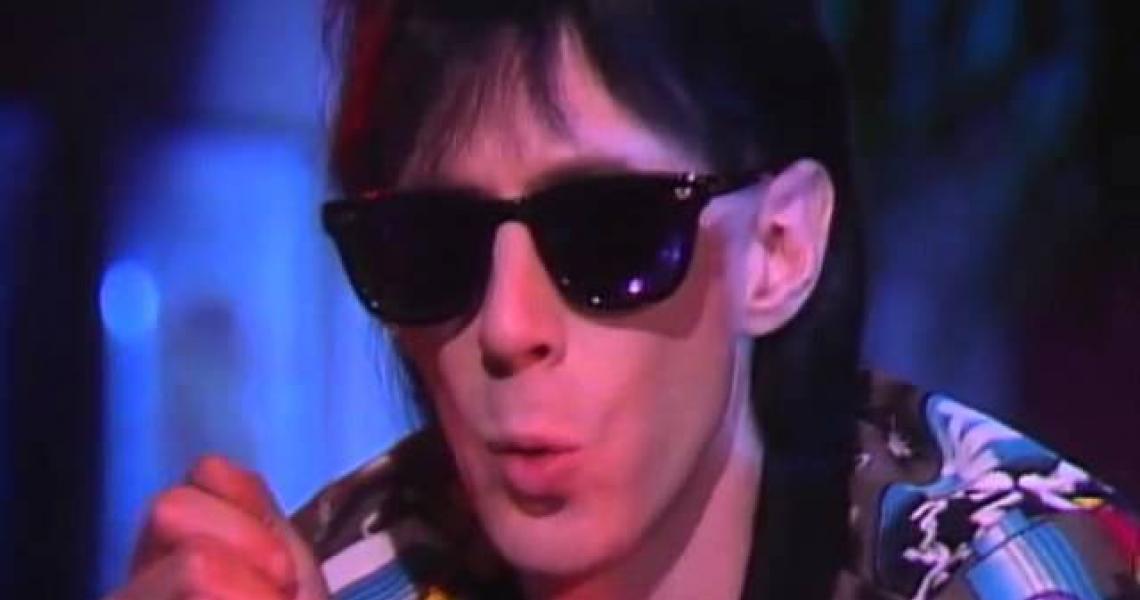 By the fall of 1984, Heartbeat City, the Cars' fifth studio album, was a resounding success. The first three singles from the record--"You Might Think," "Magic," and "Drive"--all peaked within the top 15 of the Hot 100. The full-length had already peaked at #3 on the album chart over the summer of that year.

For the fourth single from Heartbeat City, Ric Ocasek and company grabbed a chirpy, upbeat track faintly reminiscent of the title track from the band's previous album, Shake it Up: "Hello Again." Released on October 15, 1984, the tune would account for the fourth top 20 single from Heartbeat City, peaking right at #20 for the week of December 22, 1984. The top tune in America that week: Madonna's "Like a Virgin."

"Hello Again" arrived with an unexpected music video directed by and featuring none less than the late pop art icon, Andy Warhol. The clip features Manhattan scenesters of the '80s including Dianne Brill, as well as a young Gina Gershon.

"I think [Warhol] mainly did some of the conceptualizing and showed up to be an extra,' Cars keyboardist Greg Hawkes explained in the liner notes of Just What I Needed: The Cars Anthology. "And he invited his various friends to be in it. It was like any video shoot, but with a more interesting cast of characters. And you could always look over on the set and go 'Hey that's Andy Warhol.'"