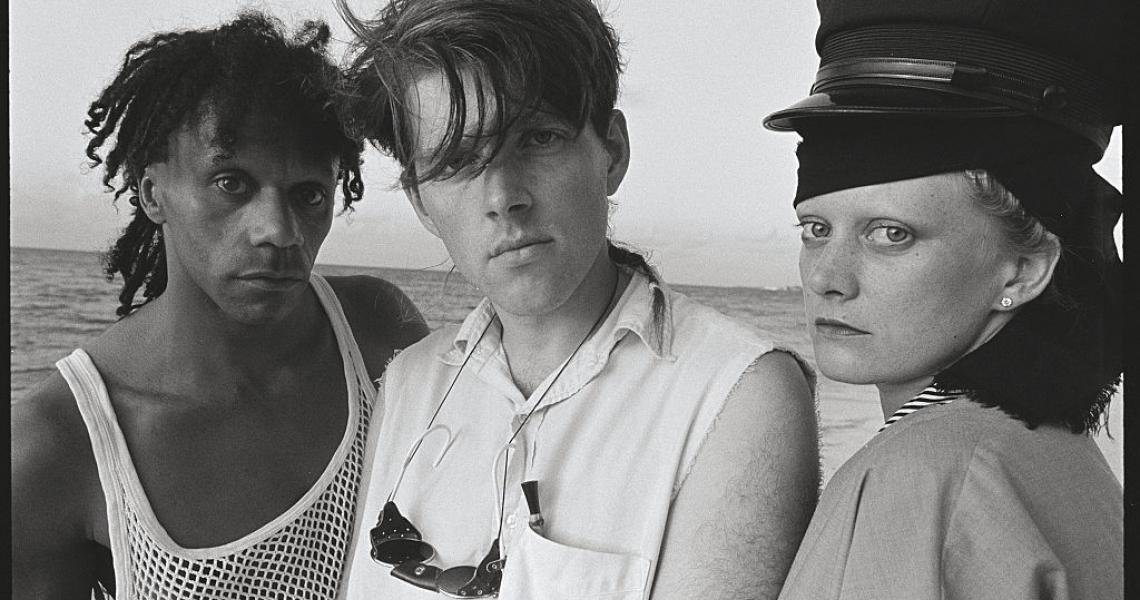 It was 1982, and the Thompson Twins had gone under a radical reinvention. The band's original seven-person lineup had been whittled down to just three: Tom Bailey, Alannah Currie, and Joe Leeway. Working on the group's third full-length, Quick Step & Side Kick, Thompson Twins released the first single in October 1982: "Lies."

"We were just trying to be wacky and a little bit crazy and come up with an idea that we could be irreverent about," Bailey told Songfacts about the genesis of the tune. "The chorus - that kind of catcall chorus, singing, 'lies, lies, lies' - it's the kind of thing you might see in a playground, a school, where someone's calling out like that. But we tried to make it more universal and apply it to bigger issues in the world."

Bailey upgraded his estimation of the song while crafting videos to play behind the band for a 2014 tour: "I thought, What are we talking about with this 'Lies' business? And I realized that it was not only the lies that we tell each other in relationships, but it specifically mentions the media and the way that we're controlled by a view of the world which is presented us through the press and TV and radio and all the other forms of media, and now the Internet.

"So I reemphasized that in a big way with the video," Bailey added. "It's about the lies that we're told by the media and the politicians and so on and so forth, and how we make sense of that and how we have a responsibility to figure it out. And yet, it's a very playful, funny, kind of quirky song. It's not super serious, although its subject matter is quite weighty."

The upbeat and infectious dance track had a modest chart run in the band's native UK, peaking at #67 on the UK Singles Chart. In America, however, the tune was a breakout hit, climbing all the way to #30 on the Hot 100 for the week of March 26, 1983. The #1 song in America that week: Michael Jackson's "Billie Jean."

Helping drive the song: a quirky music video that reflected the song's edgy appeal: "I think the special effects look pretty cheesy," Bailey laughed. " It was cutting edge. Yeah, we thought we were being very magical."