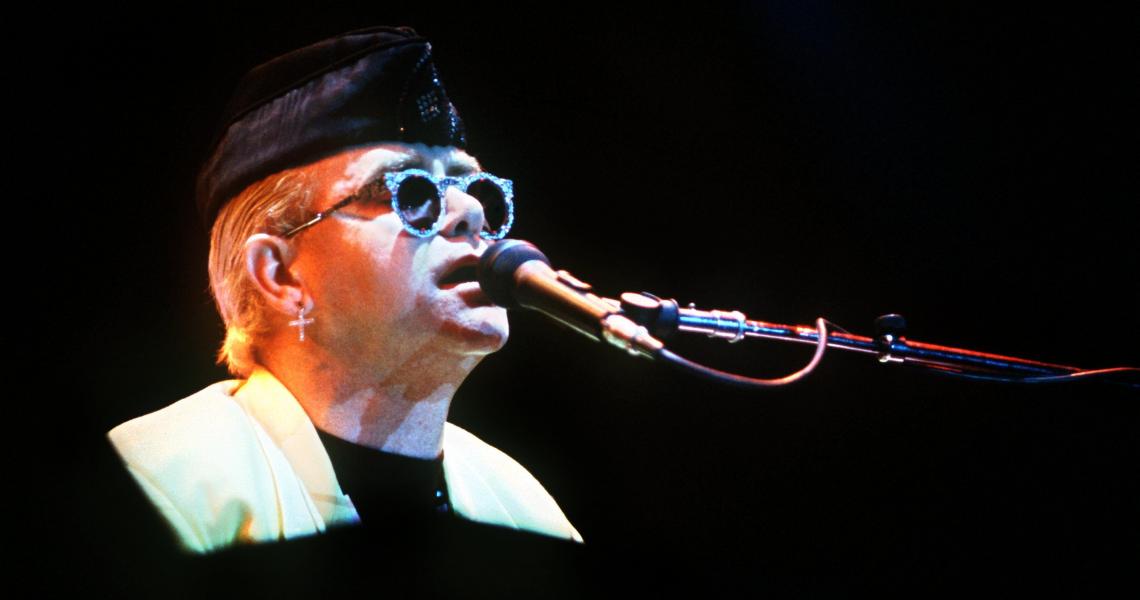 At first glance, the U.K. singles chart on Nov. 4, 1989 didn't look all that impressive for Elton John - but if the flamboyant pop star has proven anything in his lengthy career, looks can be deceiving.

It was on this day that "Sacrifice," the second single from his 22nd studio album Sleeping with the Past, first appeared on the charts at No. 70. The album's first single, "Healing Hands," missed the Top 40 in September, and "Sacrifice" would peak at a mere No. 55 in its second week. Singles like Kylie Minogue's "Never Too Late" and Phil Collins' "Another Day in Paradise" debuted much higher in the charts that same week.

But Elton could claim a milestone that only two other artists - Elvis Presley and Cliff Richard - could at that time: "Sacrifice" was his 50th entry in the charts overall. He'd first entered the singles list with "Your Song" in 1971, which entered the Top 10 both that year and again in 2002; from then until 1980, every one of his hit singles reached the Top 40, including the chart-topping duet "Don't Go Breaking My Heart" with Kiki Dee.

Elton returned to form in the '80s with Top 10s like "I Guess That's Why They Call It the Blues," "I'm Still Standing," "Sad Songs (Say So Much)" and "Nikita." In 1990, he'd score another chart-topper with a most-ironic double-A side: "Sacrifice" and "Healing Hands." And while Elvis and Cliff have more weeks in the chart than he does, no one can touch his record of overall sales for one single, when "Candle in the Wind 1997" - a tribute to the late Princess Diana - was released.