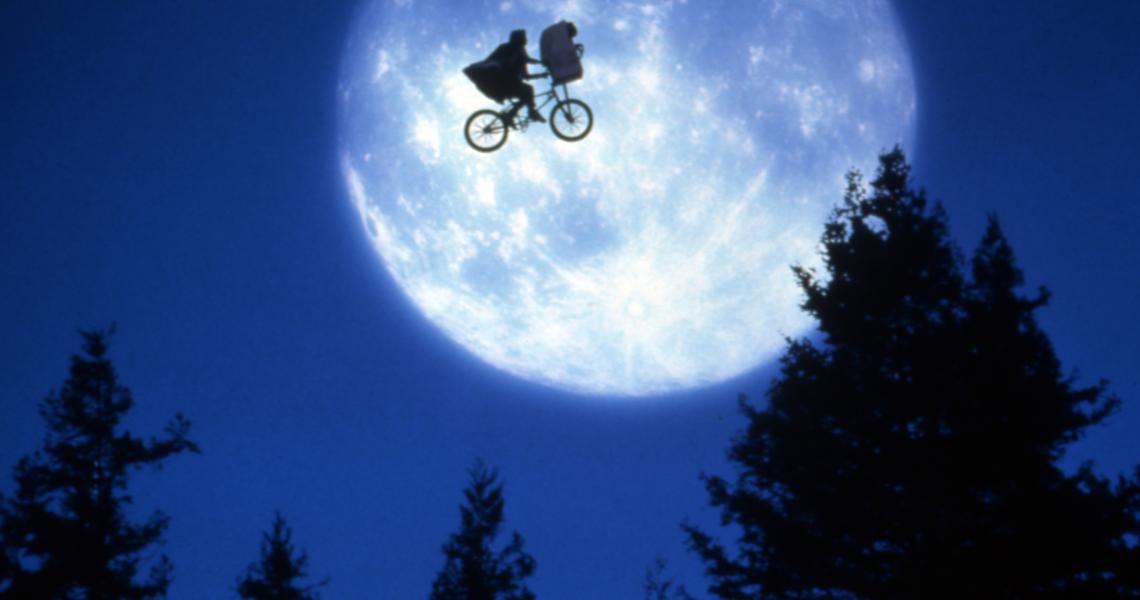 Michael Jackson's Thriller became a pop music juggernaut when it was released on Nov. 29, 1982, eventually becoming the best-selling album of all time and spinning off seven Top 10 hits and multiple groundbreaking music videos. But the future King of Pop was equally proud of another record he recorded and released that year: a lavish storybook record tied in to Hollywood's own version of Thriller - Steven Spielberg's E.T. The Extra-Terrestrial.

E.T. was the heartwarming tale of a 10-year-old boy who finds a visitor from another planet. It charmed audiences around the planet all throughout 1982, grossing $663 million dollars (an all-time record for over a decade). Jackson, who would watch movies from the comfort of his home theater, quickly fell in love with the film as he began recording a follow-up to 1979's Off the Wall. Producer Quincy Jones, who was courting Spielberg to direct an adaptation of The Color Purple, introduced him to Michael, and a friendship blossomed.

Working with the same production team behind Thriller, including engineer Bruce Swedien, and with the help of original dialogue and music from the movie, Jackson, Jones and Spielberg created an immersive retelling of the film that fans could revisit again and again, in an era before home video was commonplace. Michael, in particular, identified with the lonely alien that wanted to "phone home."

"He and I are alike in many ways," Jackson would later tell Ebony. "He's in a strange place and wants to be accepted—which is a situation that I have found myself in many times when traveling from city to city all over the world. He's most comfortable with children, and I have a great love for kids. He gives love and wants love in return, which is me."

MCA, the music corporation that owned E.T. studio Universal, spared no expense for the E.T. storybook. It came in a lavish box with a full-color booklet featuring Michael's narration and stills from the film. A large poster featured an exclusive photo of Michael holding hands with the screen-used E.T. animatronic. "He was so real that I was talking to him," Michael later gushed of the close encounter. "I kissed him before I left. The next day, I missed him." And Michael even recorded a song just for the package: "Someone in the Dark," co-written by Rod Temperton, who'd penned "Thriller" and "Rock with You."

There was just one problem: Michael recorded Thriller for CBS Records' Epic label, and they were uneasy about a competing product into the market as Thriller was ready to enter record stores. When MCA refused to wait until after the Christmas season to release it, CBS lawyers released the hounds, unleashing a $2 million lawsuit. MCA eventually agreed to stop producing the album, having already shipped a million copies.

In the end, it was Michael who got the last laugh: in February 1984, he received a record-setting eight Grammy Awards in one night - seven for Thriller, and one for Best Recording for Children. As he accepted the award from Menudo, he told the audience, "Of all the awards I've gotten, I'm most proud of this one, honestly."