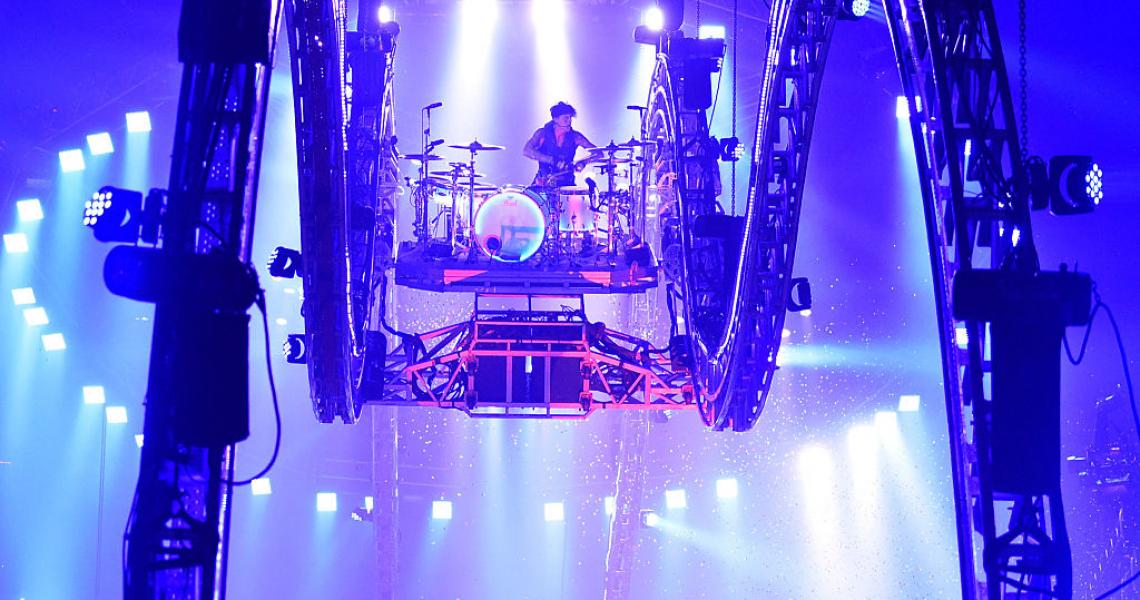 Said Tommy during the band's press conference earlier this week, "I'm going to shoot myself out of a fucking cannon at this point. I don't even know what's left to do. We started designing the production a couple of days ago. We've always put everything we have into the design and the production, always try to do a show where people walk out going, 'That was fucking insane.'"

He added, "There's a lot of new technology right now that we haven't gotten the chance to play with, and we're excited. We're starting to put together something incredible. And [it's] in a stadium, so everything's going to be four times as big."

The glam metal heroes certainly has a long-running legacy of stunning shows. Rolling Stone reported Lee's "kit-in-a-cage...[spinning] him head over heels," during the 1987-1988 "Girls, Girls, Girls" tour. The following year, the notorious bandmates topped it off with Lee and his drums surfing over the crowd during their "Dr. Feelgood" run. Their 2011 summer drum gag consisted of Lee and his kit inside "the 360", a Ferris-wheel like loop.

The "Stadium Tour" with Def Leppard and Poison kicks off July 2020 at the Hard Rock Stadium in Florida, wrapping in September at the SoFi Stadium in Los Angeles. Tickets will go on sale next Friday, December 13 at 10am, available for purchase here.