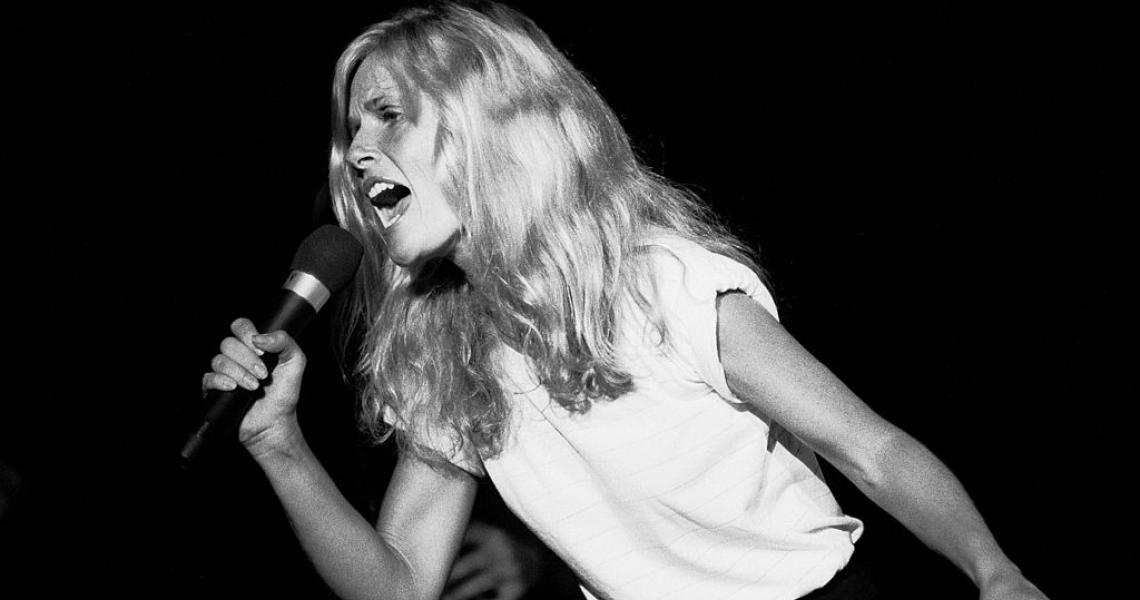 The song "Bette Davis Eyes" first came to be back in 1975, when the song appeared on artist Jackie DeShannon's album, New Arrangement. Written by DeShannon and Donna Weiss, it sounded like this.

Kim Carnes had been making music for years, and was working on her sixth solo album, Mistaken Identity, when she and producer Val Garay were inspired to over "Bette Davis Eyes." Smart decision. Leaning into the sounds found on the Sequential Circuits Prophet-5 synthesizer, they crafted a steely pop classic.

Released in March 1981, Kim Carnes' version of "Bette Davis Eyes" rocketed up the charts, peaking at #1 on May 15, 1981. The song would have a wild chart ride, holding the top spot five weeks in a row, before being toppled by Stars on 45 for one week. "Bette Davis Eyes" regained the #1 position the following week, holding onto it for another run. When the smoke cleared, it was the #1 song for nice weeks total, and was declared by Billboard as the #1 song of 1981.

At the 1982 Grammys, "Bette Davis Eyes" won both Record of the Year and Song of the Year.

"I remember being knocked out by 'Bette Davis Eyes' when I first heard it," singer John Waite told PopMatters. Waite went on to work with Carnes on her Café Racers album in 1983. "I was living in a hole in the wall on the upper west side of NYC. I must have been passing through LA, as by then I about to record No Brakes (1984) for EMI. Kim was great. Very warm and down to earth."