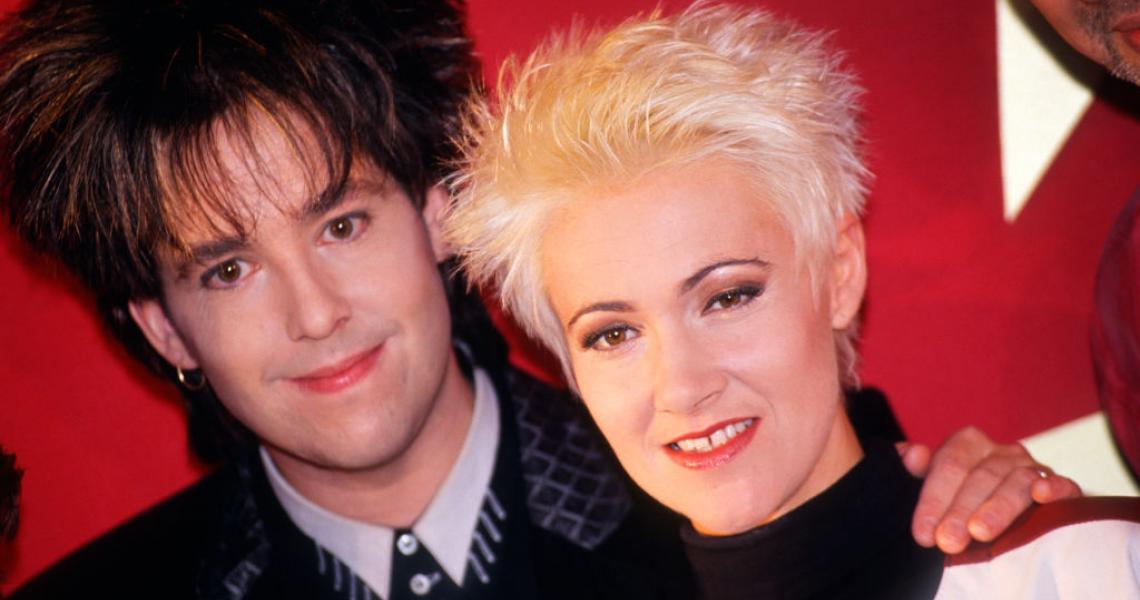 Before Marie Fredriksson joined forces with Per Gessle in 1986 to form the Swedish pop duo Roxette, she was a successful solo artist in her own right. But combining her vocals with Gessle’s gift for catchy tunecraft turned the pair into one of the biggest recording artists in the world from the 1980s onward. Sadly, Fredriksson died in 2019 after a lengthy battle with cancer, but she left behind a wealth of wonderful work with Gessle. To prove it, here’s look back at a dozen of her greatest vocal performances while fronting Roxette.

“Dressed for Success” (Look Sharp!, 1988): In the liner notes for the group’s best-of collection, Don’t Bore Us, Get to the Chorus!, Fredriksson revealed that she wasn’t in the best of spirits when recording this single. “I was so mad when I did it,” she said. “Everything about that session went wrong, we argued about the arrangement, we changed the key...I was dead tired of the song when I went in to do a guide vocal. [I] did it in one blast and suddenly realized, ‘Hmm... This is it!’”

“Listen to Your Heart” (Look Sharp!, 1988): Once described by Gessle as “the Big Bad Ballad,” this song proved to be a No. 1 hit upon its release, but it also holds a unique spot in music history as the first song to reach the top spot on the Hot 100 without a commercially-released 7” single. (It would in no way be the last.)

“It Must’ve Been Love” (Pretty Woman soundtrack, 1990): This non-LP single (heavily reworked from its appearance on the duo's debut album) made its American debut on the soundtrack to the Julia Roberts–Richard Gere rom-com that wooed moviegoers worldwide, and the song did the same to listeners, providing Roxette with another No. 1 hit in America.

READ MORE: The Hidden History of Roxette's "It Must Have Been Love"

“Fading Like a Flower (Every Time You Leave)” (Joyride, 1991): Once again proving how well Roxette knows their way around a power ballad, this song ended up being the duo’s fifth consecutive Top 10 hit in the U.S. No, it didn’t hit No. 1, but it did hit No. 2, and that ain’t bad.

“Spending My Time” (Joyride, 1991): Released as the fourth single from the band’s third album, this track was a Top 10 hit in Germany and Italy, a Top 30 hit in the U.K., and a Top 40 hit in America. Miranda Sawyer, a writer for Smash Hits at the time, described it as “a hankies-up ballad with a thumping Swedish beat,” and she was not wrong.

“The Rain” (Tourism, 1992): While not released as a single, this ballad has become a fan favorite over the years as a result of Fredriksson’s beautiful vocal. If you’ve never heard it before, you’re in for a real treat.

“Sleeping in My Car” (Crash! Boom! Bang!, 1994): Throughout Roxette’s career, it’s often been a situation where Gessle fronted the band for the rockier tracks and Fredriksson took lead vocals on the ballads. Not so this time! Although it was a No. 1 hit in Sweden and hit No. 14 in the U.K., it only made it to No. 50 in America. Worse, it would prove to be the duo’s final appearance on the Billboard Hot 100...not that it would stop them from continuing to record new albums for years to come.

“You Don’t Understand Me” (Don't Bore Us - Get to the Chorus! Roxette's Greatest Hits, 1995): When tasked with including the obligatory “new tracks” on their best-of compilations, many artists take the easy way out and just throw on any old thing they’ve got lying around from the archives. In the case of Roxette, however, they offered up one of the most soaring, affecting rock ballads of their career.

“Stars” (Have a Nice Day, 1999): The one and only Roxette single that can truly be described as techno, this is a full-fledged dance-floor filler, which makes it all the more ironic that it was originally written as a guitar-driven rock track. The song gets bonus points for incorporating a children’s choir into the chorus, a bit which was inspired by Gessle listening to Keith West’s 1967 single “Excerpt from a Teenage Opera.”

“Milk and Toast and Honey” (Room Service, 2001): In the liner notes for the band’s compilation The Ballad Hits, Gessle revealed that he’d had the melody to this song stuck in his head for six months before finally writing it down and recording a demo. As for Fredriksson’s vocal, she reportedly thought it was going to be a breeze to record but ultimately “had to work harder than on any other Roxette track to find ‘the magic moment.’”

“No One Makes It on Her Own” (Charm School, 2011): In the press kit for Charm School, Gessle acknowledged that while he’d always intended for Fredriksson to sing this track, he had no clue just how appropriate it was. “Marie was really telling the story of her life, and that was all done subconsciously,” said Gessle. “I hadn’t thought of that. [She] really made that song [her] own.”

“Why Don’t You Bring Me Flowers?” (Good Karma, 2016): The third and final single from Roxette’s final studio album, this has been called one of the duo’s greatest-ever ballads by a number of reviewers, making it a fine way for Fredriksson to be remembered.

READ MORE: You've Got to Hear These 'Trix' from Roxette's Bag