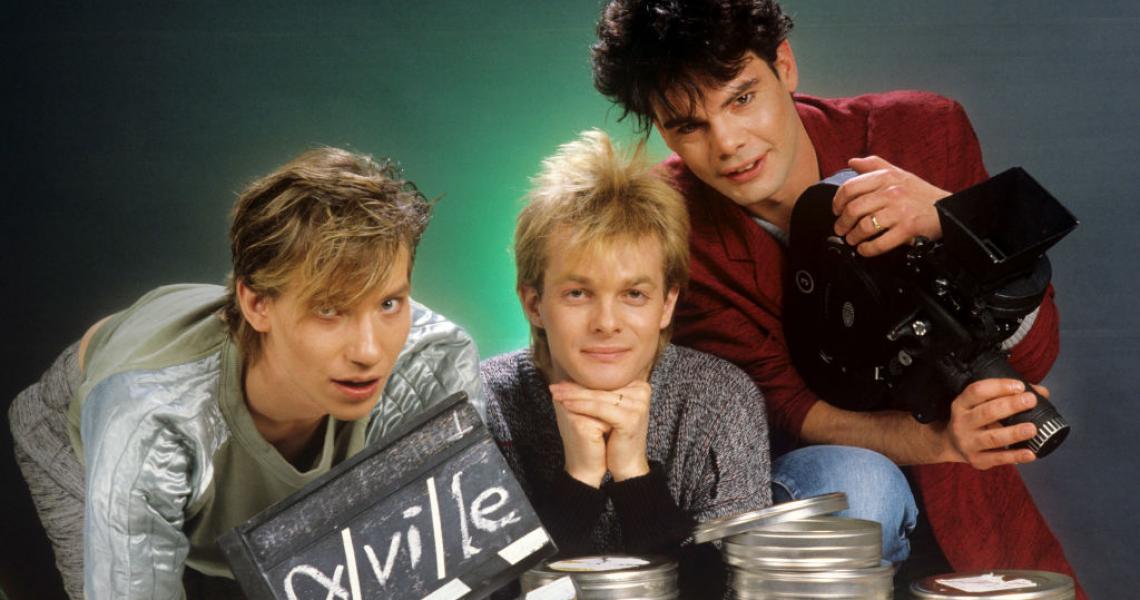 In the fall of 1984, Alphaville released the single that would – despite never actually making its way into the top 40 – ultimately become the best-known and most-played song by the band.

Founded in Münster, West Germany in 1982, Alphaville, a.k.a. Marian Gold, Bernhard Lloyd, and Frank Mertens, first began under a different name, with the trio calling themselves – wait for it – Forever Young. In short order, however, they decided to change their name, borrowing the title of Jean-Luc Godard’s 1965 French New Wave neo-noir/sci-fi film, after which they released their debut single: not “Forever Young” but, rather, a song inspired a band featuring Holly Johnson, future frontman of Frankie Goes to Hollywood.

That band’s name? Big in Japan.

From there, Alphaville planned to release “Forever Young” as their second single, but their label requested that they release a different song as their second single first. As a result, the band wrote and arranged “Sounds Like a Melody” in two days, but while the song turned out pretty great, Gold wasn’t happy about being put in that situation.

“The whole affair felt like an insult to our naive hippie instincts,” Gold said in the liner notes to so80s Presents Alphaville. “Writing music exclusively for the sake of commercial success seemed like the sell-out of our virtual beliefs.”

End result: Gold refused to play “Sounds Like a Melody” live for the next decade and a half.

Now, at long last, we come to “Forever Young,” a song which, you may be surprised to learn, was originally an up-tempo song. Fortunately for us all, the band wasn’t thrilled with it, and even more fortunately, producer Andreas Budde pitched the idea of transforming the tune into a ballad – and the rest is history.

When “Forever Young” was originally released as a single, it made it no higher than No. 93 on the Billboard Hot 100, although it did crack the Top 40 of the Hot Dance Music/Club Play Singles chart, hitting No. 32. Upon a reissue in 1988, however, it climbed to No. 65 on the Hot 100, which is still surprisingly low for a song that’s become so iconic over the decades. On the other hand, “Forever Young” did hit No. 4 in Germany, No. 3 in Norway and Switzerland, and topped the Swedish pop charts, which ain’t too shabby.

And since when has chart success been the sole arbiter of a song's impact? The song's been covered by Laura Branigan, reggae artist Wayne Wonder, country singer Brandi Carlile, British vocalist Becky Hill (in a version for a McDonald's ad in England that raised money for food charities) and even Jay-Z incorporated it into a song of his own.