Kim Wilde's "Kids in America" Was a Family Affair 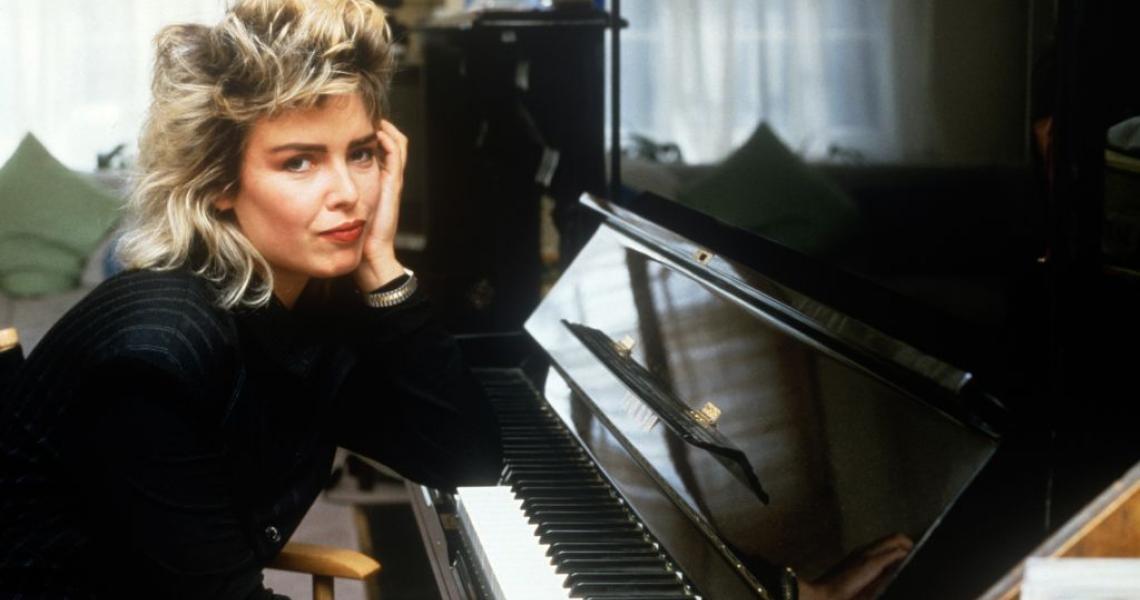 Four decades ago, a father-son duo gave their family's older sister a song of theirs to sing - and kicked off a phenomenal U.K. pop career in the process.

Kim Wilde - daughter of British rocker Marty Wilde - was by her own admission more of a Joni Mitchell fan. But when record mogul Mickie Most heard her singing background vocals on a song by her brother Ricky, Kim quickly became poised to make a name for herself as a musician. And it all started with "Kids in America," a punky synth number Marty and Ricky wrote for Kim to sing.

The Wilde family's shared love for American music and culture inspired the lyrics (even if "East California" is as present on a map as "South Detroit" is for Journey). "My dad's head went into a fantasy, this idea of everything being better in America," Kim later said. "Of course for his generation, that was very true. Everyone was going to drive in movies and drinking milkshakes and having hamburgers in America. We weren't doing things like that in the U.K. I think a lot of that got caught up in the lyrics - all the kids in America are having a better, more interesting, more dangerous time than we were here."

One of the song's most notable features was a happy accident: the "whoa-oh" that follows the title line was a placeholder that never got filled in by a guitar or keyboard. The song was complete as is, and set the British charts on fire when it was released. (According to one legend, the song was in fact barred from charting for a week while officials verified that the single really was selling that well.) Ultimately, "Kids in America" peaked at No. 2 in England and No. 30 in America, starting Wilde on a pop career that lived up to her name. And though Kim admitted to The Guardian that she once felt "very caged in" by the track, her mind has since changed. "Now I realise what a piece of gold that song is," she said. "I feel extremely honoured it’s mine."

The message and the melody of "Kids in America" has endured long past its era: in 1995, a cover by punk-rockers The Muffs opened Clueless, an iconic '90s teen film directed by Amy Heckerling (who directed Fast Times At Ridgemont High, arguably the most iconic '80s teen film). Even pop act the Jonas Brothers got into the mix in the 2000s, covering the song (as "Kids of the Future") for the Disney film Meet The Robinsons. But the song's most amusing re-do might be a version by Kim and Ricky themselves in 2015, on a train ride home after a lively Christmas party. "I just thought: 'Everyone’s been to a Christmas party and got paralytic. I’m not going to get in the way of this,'” she quipped. "It went viral."